I’m not one to typically order a burger and fries when I go out to lunch — I’m more of an Italian food type of gal. But sometimes, especially after seeing an ad featuring a sizzling patty on a grill on TV, I get that gnawing junk food craving. And it won’t go away until I devour a burger.

I’m not a burger snob. I appreciate them all: fast food, bar food, the kind you eat on a plate with cups of ketchup on the side, and, yes, veggie burgers, too. I’ve even had a few Impossible Burgers, the newest trend in non-beef burgers.

Impossible Burgers are completely plant-based but here’s the kicker: they “bleed” like a traditional hamburger.

The burger’s “secret” ingredient is soy leghemoglobin (try saying that 10 times fast!) which is normally found in soybean plant roots but can also be produced through genetically engineered yeast. That’s where the “heme” in the Impossible Burger comes from. Heme is the key to a veggie burger that tastes, smells and “bleeds” like beef.

The novelty of eating a trickster burger that pretends to be what it isn’t is taking the country by storm. White Castle began selling “Impossible Sliders” in select markets last year and the Impossible Burger is supposed to be making its way to grocery stores this year.

Decisions, decisions! Besides deciding how to dress my burger (Pickles? Onions? Mayo?) now there are even more decisions to make about the patty itself. Maybe I should just stick to a plate of spaghetti and avoid the confusion! 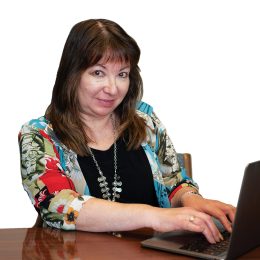