Another successful annual meeting is in the books - Indiana Connection

Another successful annual meeting is in the books

April 7 marked another great annual meeting for Clark County REMC. I received lots of great feedback about the things you loved most. The music brought by Terry Lee and the Rockaboogie Band was electric. As always, Amazon John from Silly Safaris made sure the children had a great time. And, of course, the door prizes were a huge success — especially for Jon Tucker who went home with a brand new John Deere X350 riding lawnmower!

But the most exciting takeaway from this year’s meeting was the success of the REMC’s new voting system. Members could vote early online, by mail, or at our office. In our first year of offering these options, the response was incredible. More than 2,200 members either voted online or by mail, which means we broke the previous voting record of 1,800 votes (set in 2016) before the annual meeting even started! When you add in the 1,085 members who voted at our meeting, a total of 3,325 members participated in this year’s election, more than doubling the average number of votes from each of the last 10 years.

One of Clark County REMC’s founding principles is democratic member control. Instead of being controlled by distant shareholders driven by profit, cooperative directors are elected from among the membership, and all members have equal voting rights: one member, one vote. This year, your voices came through loud and clear. Congratulations to Joseph Basham and Robert Kleehamer on being elected to the board represent Districts 4 and 5. I look forward to working with them and the rest of the REMC board of directors to serve you, our member-owners. A photo recap of the meeting can be found on pages 6-7.

DAVID A. VINCE is CEO at Clark County REMC. Directors elected at the annual meeting were, from left, Robert Kleehamer and Joe Basham. Meeting goers were able to watch a live line demonstration from REMC lineworkers. This youngster and his family were all smiles after winning a prize! A great crowd of 1,085 members plus guests were on hand for this years annual meeting. Members cast their vote at the annual meeting to select representatives on the board of directors. For the first time, members could also vote online, by mail or at the REMC office prior to the meeting. 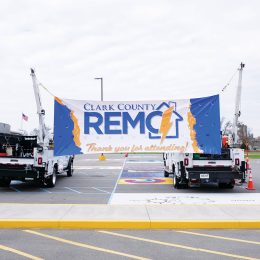 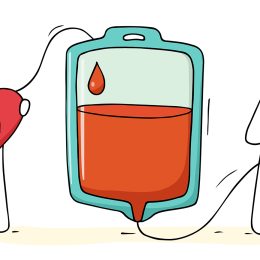 Blood drive to be held May 25