Get to know your 2022 board of director candidates

Seven Jay County REMC members submitted valid signed petitions to run for seats on the board of directors. This year, the REMC offers voting both at the cooperative AND at the annual meeting on July 14.

Kent Homan (incumbent) is a lifelong resident of Jay County. He is a graduate of Jay County High School and of Lincoln Tech.

Homan is a grain and livestock farmer along with raising turkeys for Cooper Farms and raising pigs for Country View Family Farms. He is also a partner in KBK Pumping and Homan Excavating.  Homan is also a member of Indiana’s Beekeepers Association.

Homan and his wife, Kim, have been married for 13 years and have four children — Kinze, Khloe, Kody and Kaleb.

He has served on the REMC board since 2015 and has served on several committees such as finance, membership and public relations, and employee relations and operations.

Josh Richards is a graduate of Jay County High School and continued his education at the University of Northwestern Ohio where he earned a degree in diesel and ag mechanics. He is employed at J&M Manufacturing in Fort Recovery, Ohio, and farms.

Richards and his wife, Emily, have a son, Reed. He has served as an officer of the Portland Elks lodge and volunteers for the Pennville Community Center. In his spare time, he enjoys beekeeping and riding his horses.

Brian Addington (incumbent) is a lifelong resident of Jay County and has been on the Jay County REMC board of directors for seven years. He is a graduate of Dunkirk High School and owns and operates Addington Farms, where he farms over 1,200 acres.

Addington is a member of Farm Bureau, the Elks Lodge and the Moose. He and his wife, Pat, have three children — Brooke Addington, Spencer Evans, and Nikki Evans. The Addingtons have three grandchildren.

He currently serves the cooperative as chairman of its finance committee.

He was appointed the vice president of S.D.P. Manufacturing Inc., in 1996. Hall and his wife, Selena, have been an integral part of the company and the day-to-day operations since its move to Dunkirk.

The Halls are very involved in the local community, and have several business and philanthropic causes in which they participate. Hall and his wife have two children, Don and Audrey.

He is a member of the Kiwanis, Optimist, Moose, Elks clubs and the American Legion. Hall has held numerous positions of leadership throughout all the clubs and organizations in which he is involved.

Tom Zimmerman (incumbent) has been a resident of Jay County since 1950 and a resident of District 7 for 55 years. He is a graduate of Fort Recovery High School and served in the National Guard for six years.

He was a self-employed owner and operator of M & Z Construction, later Tom’s Building Service for 40 years. Tom and wife, Doris, are the parents of four daughters — Brenda, Lea Ann, Krissi, and Cindy. The couple have six grandchildren and two great-granddaughters.

The Zimmermans attend and are members of the First Church of Christ in Fort Recovery. He was an enterprising member of the Jay County Fair Board for 36 years and served as the fair board president for 19 years. Zimmerman was instrumental in improving the grounds and provided maintenance for 16 years.

He has been a member of the REMC board for 27 years, serving as chairman for 10 years. During his time on the board he has participated in many committees, including the employee relations and operations committees.

Zimmerman has found his time on the co-op board to be personally rewarding and takes pride in working with an organization that prioritizes its employees and providing top notch equipment. As a long-time resident of Jay County, he is a strong representative and is honored to provide a voice for his community.

Rick Dues is a lifelong resident of Jay County. He is also a 1986 Jay County High School graduate and attended Purdue University.

Dues and his wife, Beth, have been married for 28 years, and have two children — Brayden (wife Olivia) and Britlyn. He has been employed at Portland Forge for over 30 years. Dues is also an avid family farmer — he farms with his brother, Brad, and his son, Brayden, while also raising nursery pigs and turkeys.

Glenn Nicodemus has lived in Jay County for nearly 50 years. After graduating from high school in Ohio, he enlisted in the U.S. Navy and served aboard the aircraft carrier USS Ranger during the Vietnam War.

Following his service, he went on to a 40-year career in the trucking industry, including 10 years as an owner-operator — logging nearly 4 million miles.

Nicodemus retired in 2013 and became a strong advocate to protect pensions for thousands of retirees across the Midwest. He served as president of the Fort Wayne, Indiana, chapter of the National United Committee to Protect Pensions (NUCPP) and helped lead a successful grassroots campaign to reform multi-employer funds. His bipartisan lobbying efforts included meeting with senators and members of congress in Indiana and in Washington, D.C.

He lives in Portland with his wife of 49 years, Barbara, and enjoys traveling and restoring vintage cars. The couple have two children and four granddaughters. 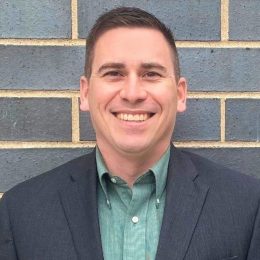 Apply for these upcoming youth programs