Do you know what Indiana’s state motto is?

If you picked the last choice, congratulations. You’re one of 80 percent of Hoosiers who can still recall at least one fun fact from their Indiana history lessons.

But the thing is, another 20 percent of us have no idea what our state motto is. And, it’s not just Hoosiers who mix up mottos. According to Solitaire Bliss, a surprising two in five Americans don’t know their state’s motto.

In fact, a whopping 87 percent of those from North Carolina thought their motto was “First in Flight.” Sure, that slogan appears on license plates as an homage to the first successful airplane flights by the Wright Brothers but the real motto is the more philosophical “To Be, Rather Than to Seem.”

In several other states, some of those polled also opted for mottos that seem to literally represent their homeland. Nine percent of Floridians think their state motto is “Our State of Snowbirds” which is actually apropos. In New York, over half of those polled think the state motto is “Empire State of Mind.” (Nope, that’s a 2009 song by Jay-Z and Alicia Keys!) John Denver’s song “Take Me Home Country Roads” is so famously associated with West Virginia that 36 percent of polled mountaineers (those from West Virginia) think it’s their state motto.

Let’s face it: Missouri’s state motto, “The Welfare of the People is the Highest Law,” doesn’t roll off the tongue. Maybe that’s why 51 percent of those polled thought the Show Me State’s motto was “Show Me Yours, I Will Show You Mine!”

Perhaps the funniest faux state motto comes from our neighbors to the south who weren’t “chicken” when boasting (and roasting) about their state and its top agricultural industry.

One in 10 Kentuckians think “Land of Succulent Poultry” is their state motto.

Although that phrase may have wings, let’s not forget that Kentucky Fried Chicken creator Harlan Sanders was a Hoosier! Perhaps somewhere within that fact there’s a motto in the making! 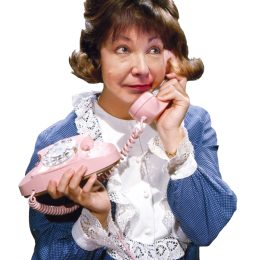 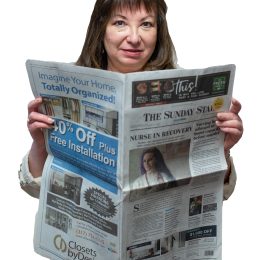 All the news that’s fit to clean