Help us sell you less!

I want you to buy less of what Tipmont has to sell. I am not kidding, joking or teasing you. I truly want to help you lower your monthly energy bill from Tipmont.

In most other organizations, including investor-owned utilities, I would be run out the door for even thinking this. Thankfully for you, Tipmont and the other 837 distribution cooperatives around the country aren’t like other companies.

Because we are a not-for-profit organization, Tipmont’s goal is to sell you the least amount of energy that you actually need. Our only profit is your satisfaction. We’re not working for outside shareholders because we don’t have any. You are our shareholder. This means helping you save money on your monthly electric bill is consistent with our non-profit mission.

Another reason we promote efficiency so heavily is avoiding the future cost of building new power plants. We can predict with reasonable certainty that overall energy use is going to increase in the coming years. The world’s total primary energy consumption more than doubled between 1973 and 2013. The more kilowatt-hours we can avoid today, the less costly it will be to meet your energy needs tomorrow. Plus, it helps reduce dependence on fossil fuels and decrease pollution.

I recently read “The 2016 International Energy Efficiency Scorecard” from the American Council for an Energy-Efficient Economy, which examines the efficiency policies and performance of 23 of the world’s top energy-consuming countries. According to the report, these countries together represent 75 percent of all the energy consumed on the planet and more than 80 percent of the world’s gross domestic product (GDP) in 2013.

The United States tied with South Korea to rank eighth out of 23 countries with a score of 61.5 out of 100 possible points. Germany earned the highest overall ranking with 73.5, followed closely by Italy and Japan, tied for second with 68.5 points.

What this report tells me is that we have work to do. According to a study by the Electric Power Research Institute, Americans could save 236 billion kilowatt-hours by 2030 if utilities everywhere adopted simple energy efficiency initiatives. That’s five times the amount of electricity New York City uses in one year.

Tipmont has had efficiency programs and initiatives in place for several years. Perhaps our most notable initiative over the past year has been the free LED bulbs we’ve handed out (more than 16,000 so far!) in partnership with Wabash Valley Power, our power provider.

However, it’s time to expand our efforts. We’re getting ready to launch one of the biggest energy efficiency campaigns ever undertaken at Tipmont. This fall, we’ll be launching a campaign aimed at helping you maximize your energy savings. I don’t want to spoil the surprise, but we’ll be giving away an abundance of prizes and other incentives aimed at helping you lower your bill. Watch your mailbox and our website, tipmont.org, for more information coming soon. 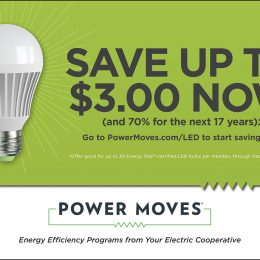 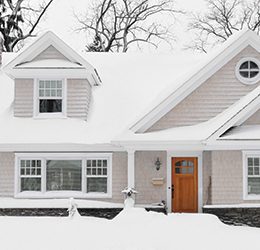 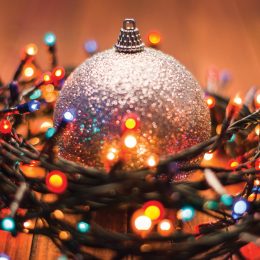