One of the electric power industry’s most important goals is ensuring the integrity of the power grid.Digital fault recorders are one technology used to monitor operations at substations and power plants throughout North America. The devices continually monitor the flow of electricity in and out of these locations. These devices are always on and they detect abnormalities such as spikes in the flow of energy. This information is recorded and relayed so improvements can be made.

You may be surprised to learn that this critically important equipment is the direct result of experiments conducted by Hoosier Energy employees in the early 1980s.

Meter Relay Working Foreman Donnie Eslinger (pictured above) took advantage of some downtime to experiment with locating the source of faults on the grid. “In those days, you did that with equipment that used a galvanometer and a light beam reflected on photo paper,” Eslinger recalled. “It produced squiggly little waveforms on the paper, and we would measure them with a ruler. We knew how many volts and amps were present, so we could use the waveforms to estimate a fault’s location. It was a cumbersome process, but it gave us a picture of what happened.”

Thinking digital technology might make it easier and faster to perform the computations, Eslinger brought in his personal computer to develop an algorithm that simplified the computation process.

“We knew the size of the conductors, structures mounted on the line, the reactance, and the resistance, so we punched all of those figures into the program, and it was the basis for how we calculated a fault’s location,” said Eslinger. A third party data storage company combined the concept with digital storage, and the digital fault recorder was born.

The technology instantly alerts system controllers to problems and pinpoints their location, so crews can be dispatched more quickly. “Now we have a GPS map that shows exactly where the problem is and what the nearest pole number is. That saves the member from being without power.

Eslinger modestly chuckled at being called an innovator, adding “I feel good that I worked on something that benefits the industry and is used all over the United States.” 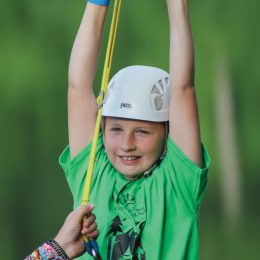 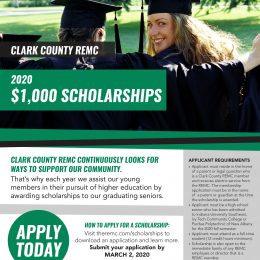