By Indiana Connection
Posted on Mar 26 2020 in Features

Hilaria Chub stands nearly silhouetted just inside the kitchen entryway beside her cooking stove where she is baking. A small wood fire, centered atop a piece of corrugated sheet metal, fills the dusky room with gray smoke that envelops her before escaping through the door and openings in the walls just below the sheet metal roof.

Eyes strain trying to adjust to the glare of the sunny afternoon beyond the door outside and the smoky darkness inside. The stove appears to be nothing but a large box with an elevated surface about two feet up off the packed dirt floor. Ashes and charred wood cover the flat surface.

Chub, 49, then carefully clutches two corners of the rusting scrap metal that looks as if it could have been leftover from the roofing overhead. Keeping it rigid, she lifts it like a giant tray — woodfire and all — and slowly swings it to the right where she sets it on the stove top. The action reveals what was beneath the sheet metal: a large bowl with about a half dozen softball sized rolls of golden bread dough.

She picks up one loaf, then two, and gently squeezes them. Sensing they need more baking, she returns them to the bowl. She then reaches over, takes the corners of the metal cradling the fire, and returns it, balancing it back on top of the bowl. She fans the smoldering fire a bit until the wood rekindles into flames.

Suddenly from behind, a small diesel-fueled engine roars to life with a burst of blue exhaust that mixes with the wood smoke. The motor drives a belt attached to a corn grinder. Chub’s 19-year-old daughter, Azucena Caal, and niece, Elin Dalia Caal, begin pouring kernels of corn they just finished shelling by hand into the grinder’s hopper and adding water. From a pan below the grinder, they gather and roll the emerging mixture into doughy balls they’ll cook for tortillas once the bread is done baking.

‘Killer in the kitchen’

This is the daily grind — literally — for the women villagers of San Jacinto, Guatemala. Project Indiana electric cooperative line crews spent over two weeks in the eastern rural village in late March-early April 2019 building power lines and bringing power to over 90 homesteads, two churches and a school campus that never had electricity before.

Project Indiana is a non-profit organization formed by Indiana’s electric cooperatives with the vision of bringing electricity to developing rural communities around the globe and providing other ongoing support for the residents there to enjoy better, healthier lives.

Unlike the three previous Project Indiana mission trips in 2012, 2015 and 2017, the 2019 trip brought not just electricity but also the hope for cleaner indoor air and better health. With the San Jacinto trip, Project Indiana included an agreement with the village and their electric utility that every home the Hoosiers wired for electricity was to have a vented cooking stove installed. While the simple stoves will still burn the area’s abundant wood, a ventilation pipe would carry the smoke to the outside, clearing the air in the kitchen and living quarters of the small huts.

“We’re excited to help you bring electricity to your homes,” Project Indiana board member Ron Holcomb told San Jacinto’s residents at a town meeting the day the crew arrived, “and we’re also very excited that you are going to have stoves in your homes.”

Some 3 billion people around the world cook their food and heat their homes as they do in San Jacinto. While the smoke dissipates quickly in the open huts, the open fires have steep accumulated costs. The typical cooking fire produces about 400 cigarettes’ worth of smoke an hour, and prolonged exposure is associated with respiratory infections, eye damage, heart and lung disease, and lung cancer.

In the developing world, health problems from smoke inhalation are a significant cause of death in both children under 5 and women. Smoke from cooking activities is so dangerous it has been called “the killer in the kitchen.”

The World Health Organization reports that smoke-induced diseases are responsible for the death of 4.3 million people every year — more deaths than caused by malaria or tuberculosis — making it one of the most lethal environmental health risks worldwide. The largest burden of mortality is borne by women and young children. Among the 4.3 million who die from the consequences of smoke emission each year, 500,000 are children under the age of 5 who die due to acute respiratory infections.

In Guatemala, proposed remedies such as locally-made, ventilated cook stoves are helping combat toxic smoke — but economics and tradition keep many people from using them. A series of studies from deep in the western highlands of Guatemala measuring the effects of improved wood-burning cook stoves on childhood health has shown the new stoves did reduce the frequency of the respiratory infections to a degree. But perhaps the most significant result of the studies showed the severity of the illnesses like pneumonia that children developed was much less in homes with ventilated stoves.

“They are suffering because of the smoke,” Holcomb said.

Holcomb emphasized the cook stoves during his talks with the villagers in San Jacinto and during a Chahal municipality council meeting Project Indiana representatives were invited to during the 2019 building project. At that meeting, Holcomb, along with trip coordinator Jamie Bell of NineStar Connect and Hugo Arriaza, a Project Indiana contractor from Guatemala, discussed how Project Indiana, the municipality and the electric utility serving San Jacinto could partner on providing the stoves.

“San Jacinto will be a model community for others,” said Arriaza.

Despite the commitment from the locals in San Jacinto, progress on installation has been slow.

In February, however, Arriaza reported the topic of the stoves and the commitment to Project Indiana was back on the agenda at a recent community development committee meeting. And, to encourage villagers to install the stoves (which cost about $500 in U.S. dollars each to purchase, transport and install), the new municipal government in Chahal was offering to deliver the stoves to the first 25 villagers who purchase them.

Arriaza said he expects 25 homeowners will accept the municipality’s offer and have the stoves installed in the first half of 2020, and the rest of the villagers will take advantage during a second round later this year.

“Progress in Guatemala is sometimes slower than many in the U.S. are accustomed to,” said Jennifer Rufatto, executive director of Project Indiana. “But their culture is strongly rooted in tradition. Moving away from such an entrenched part of their daily lives will take time. They are resourceful and quickly realized the benefits of electricity. Once some begin installing the vented stoves, others will see and feel the benefits of cleaner air, and it will catch on.”

Project Indiana is a 501c3 organization formed by Indiana’s electric cooperatives. It helps developing global communities advance by adopting villages, bringing them electric power and supporting them as they form electric cooperatives that enable them to enjoy a better way of life. Projects are completed in partnership with NRECA International. Visit ProjectIndiana.org to learn more and contribute. 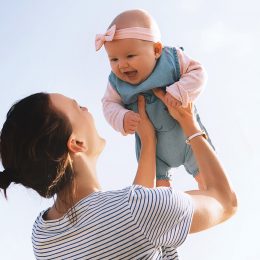 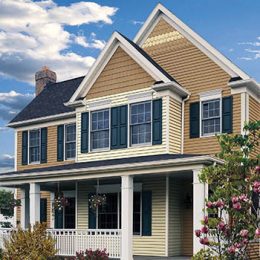 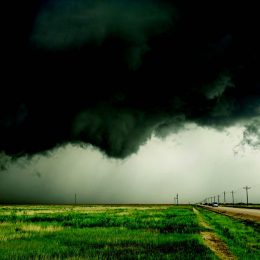 Tornado tips: What to do no matter where you are