Celebrating 85 years as your co-op

LaGrange County REMC employees recently celebrated a milestone. Eighty-five years ago, several farmers joined together to create a powerful tradition. The cooperative was established, and they began the daunting task of building poles and stringing line that would bring electric power to members throughout LaGrange County.

In the early ’30s the American economy was sluggishly coming out of the worst depression recorded in history. Investor-owned utilities (IOUs), like NIPSCO, were constructing poles and wires to supply electric power to cities and towns, but rural America with our nation’s farmers were being left in the dust. It was not profitable for the IOUs to deliver electricity to the country; there were too few homes within a square mile radius.

Disparity was rapidly growing between the towns and the country. Even the farmers who lived on the edge of towns or in other parts of the nation, and had the good fortune of receiving electricity, had an easier life and were much more profitable than the farmers who did not have electric power.

Necessity breeds invention. A new concept of doing business was working in European nations and the thought was… it may work for America. The farmers in Europe who were receiving electric power actually had ownership in the company and by helping each other, everyone could prosper! This new form of business was known as a “cooperative.”

In LaGrange County the farmers were no different. In 1935, local farmers and community leaders determined that the need for electricity was vital to the economy, and they wanted the ease of life and prosperity that others were experiencing. Many local meetings were held and several trips to Indianapolis were made to turn their dreams into reality. People were asked to pay $5 and sign up to belong to a cooperative that didn’t exist.

On Oct. 29, 1936, their efforts came to fruition. A cooperative, the LaGrange County Rural Electric Membership Corporation, was formed and the process of constructing the distribution system began. It was a slow process. There were no bucket trucks or digging equipment like they have today. Also, almost anyone could be a lineman; there weren’t any formal training programs. Linemen had to dig the holes by hand, set the pole, and then physically climb each pole to attach the wires.

That same determination that was used 85 years ago is on display once again as LaGrange County REMC is embarking on a new challenge, bringing fiber-optic broadband to LaGrange County. The equipment is different, the technology more advanced and the processes more refined, but the cooperative mindset is the same. 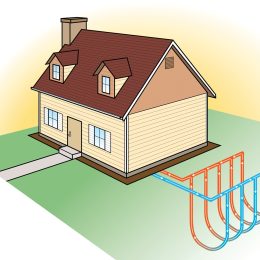 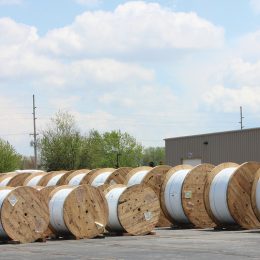