Do you occasionally have to pick up dead wasps around your house?

By Ellie Schuler
Posted on Jan 04 2018 in Outdoors

by B. Rosie Lerner

In the dead of winter, we often find wasps on the carpet in our basement, but not always. Sometimes a dead wasp is on the windowsill, other times in a light fixture. We might see dying wasps crawling around lethargically or even attempting to fly.

Like a lot of social insects, paper wasps survive subfreezing winter temperatures by hibernating as adults. Interestingly, though, only mated females hibernate. All other wasps in the nest die when winter sets in.

Many other species of social Hymenoptera, including bumblebees, bald-faced hornets and yellowjackets also spend the winter as mated queens. In late spring, a mated queen comes out of hibernation as temperatures begin to warm. Such a queen is known as a “foundress,” the individual that starts a nest. After emerging from her long winter’s nap, the foundress begins to fly around, looking for a nest site. Paper wasps generally establish a nest in a protected location, such as under the eves of a house or barn.

Once a wasp foundress finds a nest location, she has a lot of work to do. She must start constructing the nest, and in the case of paper wasps, that means chewing up wood to produce the carton-building material. The foundress starts building a nest, fashions a few cells in the comb, lays an egg in each cell, and begins collecting food — chewed-up insects — for her larvae once they hatch.

Once the larvae in the paper wasp nest complete their development, they transform into the pupal stage before emerging as adult insects. These new wasps, called workers, take over the job of collecting materials to expand the nest. They also gather food and feed their developing siblings. The workers become the protectors of their home, and almost anyone who has deliberately or accidentally disturbed a paper wasp nest can attest to this fact.

As the seasons progress, more and more wasps are produced and the size of the nest structure grows. As the fall season approaches, the wasp colony shifts from producing workers to producing male and queen wasps. Once these wasps become adults, the females mate and fly away from the home nest in search of a protected place to spend the upcoming winter months.

So, how do these paper wasps end up in my basement? These are likely female wasps that decided to spend the winter in a fireplace chimney of our house. We didn’t use that fireplace this winter, but the winter sun often warms the interior of the chimney to springlike temperatures. Over time, a consistently warm chimney environment will send a false signal to the hibernating wasps that summer is on the way. The wasps break out of hibernation and make their way down the chimney and through the fireplace into the house.

The house temperature was warm enough to keep the wasps alive, but there was no food available, and they ended up starving to death. I guess that is a good thing. I would not be a happy camper if a queen paper wasp started building a nest inside my house! “I have some leaves from a tree I would like to identify. It is roughly 8 to 12 inches in diameter and fairly tall. The leaves are alternating with lengths of 1.5 to 2 inches long. The leaf stalks are all really short compared to the leaf length. Can you identify?” This appears to be Ulmus parvifolia — common name Chinese elm or lacebark elm. This species is quite attractive. It grows 40-50 feet tall at maturity and has attractive small leaves and interesting mottled bark. This species is quite adaptable to urban conditions, and so far, it appears to have good resistance to Dutch elm disease and elm leaf beetles. Do not mistake this species for the inferior Siberian elm (Ulmus pumila), which is far less ornamental and rather a weedy species. Find more information about Chinese elm from the Purdue Arboretum and Missouri Botanical Garden.

B. Rosie Lerner is the Purdue Extension consumer horticulturist and is a consumer of Tipmont REMC. Questions about gardening issues may be sent to “Ask Rosie,” Electric Consumer, P.O. Box 24517, Indianapolis, IN 46224; or use our “Talk to Us” form online at ElectricConsumer.org. 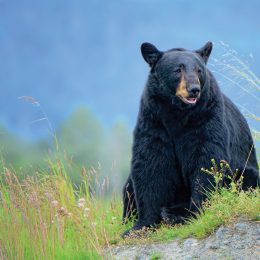 ‘The Bears of Blue River’ … revisited? 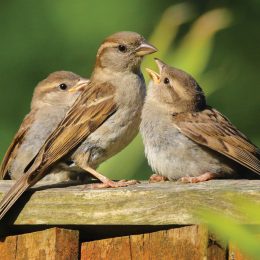