By Indiana Connection
Posted on Mar 24 2021 in Indiana Eats

Tapas dining — the Spanish concept of ordering small plates of food that can be shared with others at your table — is gaining popularity with diners who enjoy sampling a little this and a little that.

Since opening in 2010, Habana Blues Tapas Restaurant, housed in a converted bank building in New Albany, has filled its signature small plates with maximum flavor. Restaurant owner Leonardo “Leo” Lopez is proud to share traditional dishes from his native Cuba with those familiar with Cuban cuisine as well as those who want to try new things.

Lopez’s path from Cuba to southern Indiana, was literally anything but “smooth sailing.” In 1994, back when Fidel Castro was allowing Cuban citizens to legally leave the country, the 18-year-old Lopez and eight others set off on a raft fashioned from a wooden pallet (which is now on display in Habana Blues) to pursue the American dream. But while enroute, he was picked up by the U.S. Coast Guard. Lopez was detained at Guantanamo Bay — then a refugee camp — for 16 months.

After he was released, Lopez spent most of 1996 in Miami, then moved to the Kentuckiana area in December of that year. For 12 years, he worked for a cement company in Sellersburg while moonlighting as a bartender at a Cuban restaurant in Louisville. When the restaurant’s owner decided to sell his business, Lopez and the restaurant’s chef bought it and moved it to Indiana. Within months, they opened Habana Blues too. Though they soon closed their first restaurant, Habana Blues continues to thrive.

To get a true taste of the fusion fare so representative of Cuba, order a large selection of Habana Blues’ specialties as small shareable tapas plates. (Habana Blues also a large selection of entrees for those who’d rather not share.) Among the don’t-miss menu items: Queso Fundido, a cheese and chorizo dip; Croquetas de Jamon y Pollo, homemade ham and chicken croquettes; and Gambas al Ajillo, shrimp sauteed with garlic, red pepper flakes, lemon juice and olive oil. Two tapas samplers are on the menu for those who just can’t decide what to order. 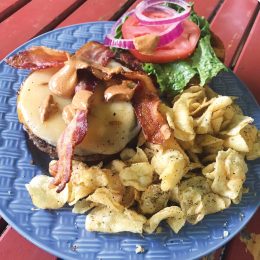 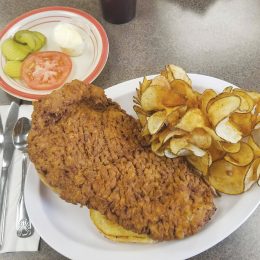 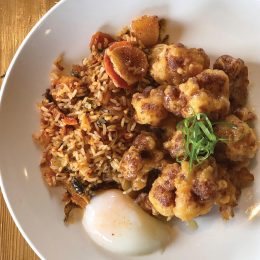