The future is now for electric vehicles - Indiana Connection

The future is now for electric vehicles

By Indiana Connection
Posted on Sep 30 2020 in Harrison REMC

Electric vehicles have come a long way since the first models were introduced in the 1800s. Today’s electric vehicles feature increasingly efficient battery technology.  Connected to a modern electric grid, an expanding nationwide charging network has increased the feasibility of owning an electric more than ever before.

Electric vehicles, also referred to as EVs, are powered 100% with rechargeable batteries. Some people have avoided purchasing EVs due to “range anxiety,” concern with the distance their vehicle can travel on one charge. However, the national infrastructure is changing rapidly, along with the industry, to alleviate any such fears.

An alternative to EVs is a hybrid vehicle. Hybrids are powered by a combination of gasoline and electric power.  These vehicles inherently have shorter electric-only ranges, averaging anywhere from 11-47 miles. However, when the battery power is depleted, the vehicle switches over to its gasoline-powered engine. The battery can recharge from either “regenerative braking” or by a plug-in charger.

Regenerative braking uses an electric vehicle’s motor as a generator to convert much of the kinetic energy lost when decelerating back into stored energy in the vehicle’s battery.

By 2022, the range of an EV is expected to increase significantly, including hybrid vehicles. This extensive range, coupled with the constant addition of new charging stations around the country, makes owning an EV more realistic than ever.

With the relative newness of this industry, battery technology has been one of the costliest features in electric vehicles. Battery prices began to drop in 2013 which allowed more manufacturers to begin mass-producing affordable EVs for consumers. As EV technology costs continue to drop, electric vehicles are expected to be cost competitive with gasoline powered vehicles by the mid-2020s.

If you’ve ever considered purchasing an EV, there has never been a better time to consider one. With the emergence of new technology, more manufacturers producing vehicles and the constant addition of electric charging stations, owning an EV is no longer a thought for the future, instead the future is now.

If you have questions or would like some assistance in finding out if an EV is right for you, contact Harrison REMC Energy Advisor Nick Geswein at 812-734-3538. 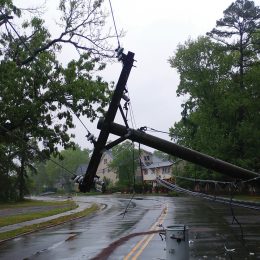 Save energy this summer