The meeting was opened by Chairman Steve AmRhein, and Brian Scheidler kept the minutes of the meeting.

Upon motion made by Jason Barnhorst, seconded by Jeff Lawrence, and carried, the agenda was approved.

Chris Hawkins presented the findings of the audit. The financial statement disclosures are neutral, consistent, and clear.

Upon motion by Dale Wernke, seconded by Suzanne Parmer, and carried, the audit was approved.

Brian Christenberry of IEC shared the success stories of broadband in Indiana.

After discussing broadband needs in our area, it was decided that a feasibility study would be a good starting point.

Upon motion by Jeff Lawrence, seconded by Clay Nuhring, and carried, the board will request three quotes  for a broadband feasibility study.

Pat Nobbe and Chris Gallaway presented part of the construction work plan (CWP) for 2022. In order to get bids to contractors in a timely manner and be able to have the work completed in 2022, it was necessary to present the CWP now instead of in December with the rest of the 2022 budget.

Upon motion by Jason Barnhorst, seconded by Jeff Lawrence, and carried, $1,637,250 for the 2022 CWP budget was unanimously approved.

Dale Wernke made the motion to accept the Aug. 26, 2021, board meeting minutes. Suzanne Parmer seconded  and the minutes were approved.

Strategic project to update Policy 11-1 and R&R for facility credits was completed.

Matt Raver reviewed the financials as presented on CTO.

Brett Abplanalp discussed with the board that lead times for three-phase transformers has increased and DCREMC has no spares on site for certain transformers.

The recommendation to the board was to purchase reworked inventory spares to mitigate the risk.

A board member asked if we could utilize some of the larger transformers in place of smaller units to reduce the total amount to purchase. The team will investigate.

Dale Wernke nominated Steve AmRhein to be the IEC board representative. There were no other nominations. Nominations were closed.

Upon motion made by Jason Barnhorst, seconded by Suzanne Parmer, and carried, Steve AmRhein was elected IEC board representative.

Jason Barnhorst nominated Clay Nuhring to be the IEC annual meeting voting delegate. There were no other nominations. Nominations were closed.

Redlines were presented for Policy 1-8 Director’s Fees and Expenses.

Upon motion by Clay Nuhring, seconded by Carl Riedeman, and carried, Policy 1-8 II B is removed and  added “New directors will earn their first retainer the month after their election.” to II C.

Upon motion made by Jason Barnhorst, seconded by Jeff Lawrence, and carried, the meeting was  adjourned to executive session at 10:10 p.m.

2021 Operation Round Up Grant Recipients 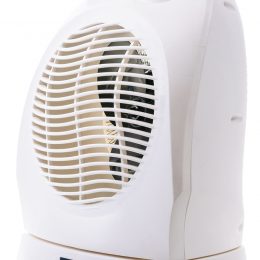 Are portable space heaters efficient for my home?