Upon motion made by Jeff Lawrence, seconded by Dale Wernke, and carried, the agenda was approved.

Alexandra Jones with IEC spoke about the importance of ACRE/FORE and the lobbying work that IEC does for co-ops in the state.

Member Request to Address Board

Bids from five companies were presented to the board to complete a cost of service study. The bids are confidential so the companies are listed 1-5. Suzanne Parmer made the motion to go with company 3. Carl Riedeman seconded but after some discussion Suzanne Parmer rescinded her motion.

Jeff Lawrence made the motion to go with company 1, Carl Riedeman seconded, and the motion passed  unanimously.

Suzanne Parmer had previously requested that the board look into aligning the financial audit with the Form 990. The board was presented with three options and the understanding that it was originally not aligned due to additional cost of the audit. Suzanne Parmer made the motion to change the annual audit from May 31 to Dec. 31 and to review the audit firm to be used. Jeff Lawrence seconded and the  motion passed unanimously.

The board was presented with three confidential bids which were referred to as company 1-3. Jason Barnhorst made the motion to accept the bid from company 1, Clay Nuhring seconded, and the motion  passed unanimously.

Brett Abplanalp mentioned the success of the solar workshop put on Oct. 5. A safety minute was given on deer hunting stand safety.

Dale Wernke made the motion to approve the minutes form the September board meeting, Suzanne Parmer seconded, and the motion passed unanimously.

Completed the COSS bidding process and drafted a recommendation for the October board meeting.

We concluded the business case for the “Beat the Budget” idea of bringing ROW in house. We determined there is no savings to bring it in house.

We are still evaluating the pros and cons to determine if there is value to have FTE as opposed to contractors.

Our Hoosier Energy purchased energy was 6% under our five-year average with demand 4% lower than our five- year average.

Year to date energy sales went from 1.1% under budget to 1.52% under. Retail sales were up for residential and commercial and continue to be under budget for our industries.

Outage causes for the month were “trees,” then “trees not in ROW.”

We have generated 13 near misses or safety suggestions and implemented 10 corrective actions year to date.

Matt Raver reviewed the financials as presented on CTO. Raver reported out the following:

There was not a lot of significant change in Net Utility Plant for September.

The need to order transformers due to extended lead times was presented to the board. Dale Wernke made the motion to purchase four transformers with three more to be purchased in 2022. Carl Riedeman seconded and the motion passed unanimously.

Policy 2-7, Member Access to Board Meeting, was reviewed with redlines that added back language that was inadvertently removed regarding members needing to fill out paperwork if they wish to address the board. Jason Barnhorst made the motion to accept the redlines, Clay Nuhring seconded, and the motion passed unanimously.

Jason Barnhorst made the motion to move the December meeting to the 21st, Jeff Lawrence seconded, and the motion was approved unanimously.

Jason Barnhorst reported out on Hoosier Energy updates. Next month they will review the generation portfolio, the closing of Merom, retirements, and the how to handle stranded cost recovery and decommissioning costs for Merom. Hoosier is still on track for the wholesale rate reductions which have been mentioned previously.

Steve AmRhein reported out on IEC updates. There was a strategic event that will be reported on next month with results.

Upon motion made by Jason Barnhorst, seconded by Jeff Lawrence, and carried, the meeting was  adjourned to executive session at 9:24 p.m.

Save a life! Avoid distracted driving 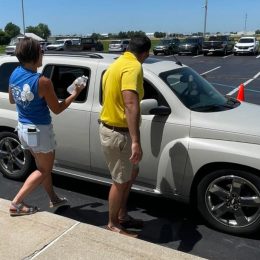 A great day for an annual meeting 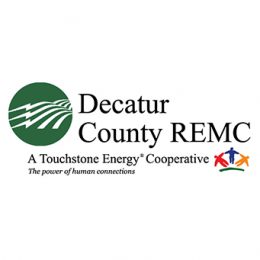 Board meeting summaries for April and May