By Rosie Lerner
Posted on Jul 02 2018 in Backyard, General If you’ve ever had to work on a tree leaf collection, no doubt you included a leaf from Indiana’s state tree. Also known as tulip poplar and yellow poplar, the tuliptree is actually not a poplar at all. It is a member of the magnolia family known botanically as Liriodendron tulipifera.

The tuliptree is native to most of the eastern half of the United States and prefers rich, moist, well-drained, loamy soil. It is found throughout Indiana, but it is more prevalent in the southern two-thirds of the state.

Its unusual flowers inspired the common name. The flowers are shaped much like a tulip with greenish-yellow petals blushed with orange on the inside. Because they generally are found high in the leaf canopy, the flowers often go unnoticed until they drop off after pollination. The leaves of this tree are also quite distinct — each one has a large, V-shaped notch at the tip.

Because tuliptrees transplant easily and grow fast, they are a popular choice for in home yards. But don’t be fooled by its small size in the nursery. Give a tuliptree plenty of room in your landscape plan. A tuliptree can reach as tall as 190 feet where it’s allowed to thrive, but it is more likely to reach 70 feet tall as a mature landscape specimen.

Tuliptree is not without its share of pests and diseases. Among the most common are leaf spots, cankers, scale insects, and aphids. In midsummer, tuliptrees in Indiana often develop black spots followed by a yellowing of the foliage thought to be related to heat and drought stress. Aphids suck plant sap from the leaves, but their damage is mostly cosmetic because they secrete a sticky honeydew that then develops a black sooty mold, which lends a dirty appearance in midsummer.

Despite all of these problems, the tuliptree continues to endure and endear, as demonstrated by its wide availability in nearly every garden-center nursery. Given appropriate water and fertilizer, the tuliptree can be a beautiful asset to your home landscape. 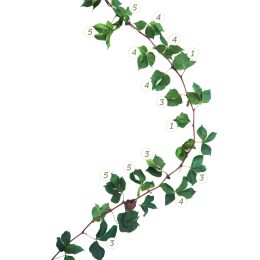