Stackhouse retires after 40 years of service

The morning was Jan. 26, 1981. A 23-year-old named Bill Stackhouse walked through the doors of Steuben County REMC not knowing that he would be walking through those same doors for the next 40 years.

His first day on the job was verifying the meters on our system. At the time, we had self-read meters, which is where every month the member would write down the electric reading and send the card into the office. He was also on call for outages that first week on the job.

At the time, our electric system was just under 40 years old, and it was time to start to rebuild, improve and grow the system. From 1981 to 1986, Stackhouse was a lineman, and he graduated in the first the Rural Electric Apprenticeship Program (REAP) class in 1987. For the next 20 years, Stackhouse was our staking engineer and actively helped improve and expand our system. Most people know Bill Stackhouse as the director of operations. He took on this role in 2006.

Stackhouse said the most rewarding part of his job was turning the lights back on after outages and seeing lights come back on across the dark sky of the countryside.

On April 16, Stackhouse walked out the doors as an employee of Steuben County REMC for the last time. He is looking forward to biking, fishing and spending more time with his family in retirement.

Happy retirement, Bill! Thank you for your 40 years of commitment. You will be missed! 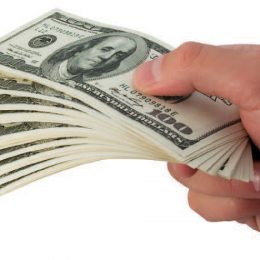 Does the REMC owe you money? 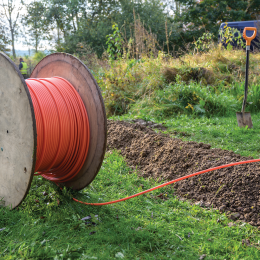 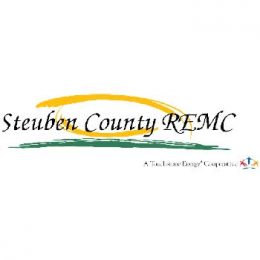