By Richard G. Biever
Posted on Sep 13 2011 in Archives, Commentary (Note to readers: This commentary was first published in the September 2011 issue of Electric Consumer.)

Where the Ohio River flows along the southern toes of Indiana, the scenic countryside and the small towns make the bright lights of New York City seem a million miles away.

Yet, whenever I visit my hometown of Tell City, there on the bank between the river and mural-covered floodwall at Sunset Park is a little fenced-in circle of ground. Centered inside, a marble basin, pedestal and bench take my thoughts to lower Manhattan — and the terrorist attacks of Sept. 11, 2001.

In this park where I remember coming as a kid to play on the swing set and a jungle gym; where I remember coming with high school friends on humid summer evenings to watch the sunset and talk as barges slowly churned by in the dusky blue haze … I am now reminded of the horrific events of that bright blue-sky day a decade ago, the plumes of black smoke rising … and billowing gray ash from towers tumbling.

The marble medley at the park is a memorial to Tell City native Stacey Peak. Described by those who knew her as being a live wire, Stacey was a beautiful ambitious red head whose drive took her all the way to the 105th floor of the World Trade Center’s north tower. The 36-year-old was a Cantor Fitzgerald energy stock broker who had worked there just over two years.

On Sept. 11, just after the first hijacked jet smashed through the floors below her, she made a last phone call home to her mom in Tell City to say she might not make it out. She told her mom she loved her. Then, she was gone — with almost 3,000 others that day. Tell City joined the national tragedy in a most personal way.

I wish I could say I knew Stacey. Tell City High School was not big, but she was a freshman when I was a senior, so we pretty much ran in different circles. The most I can say is we brushed past one another in the hallways. She graduated in 1983.

Her mom, Bobbie Peak, had the memorial to her placed at the park. Often when my wife and I visited the park with our children in the years that followed during holidays and family gatherings, it seemed she was always there, tending the little grounds around it.

Nine people with Indiana ties are listed among those killed in the attacks that day. Along with Stacey, the others are:
• Army Lt. Col. Canfield “Buddy” Boone, 54, native of Milan who worked at the Pentagon.
• Gary Bright, 36, a 1983 Muncie Southside High School graduate who had begun work at the World Trade Center two weeks before the attack.
• Eddie Dillard, 54, a Gary native who was a passenger on one of the hijacked planes.
• Barbara G. Edwards, 58, a former Bloomington resident who was a passenger on one of the hijacked planes.
• Brenda Gibson, 55, a former Indianapolis resident who was a civilian worker at the Pentagon.
• Army Maj. Stephen V. Long, 39, a Hendricks County native who served his country with distinction during a military career which brought him to the Pentagon.
• Lt. Gen. Timothy J. Maude, 53, a former Indianapolis resident who was the highest-ranking victim of the attack at the Pentagon.
• Katie McCloskey, 25, a South Bend native who graduated from Indiana University and worked on the 97th floor of the World Trade Center’s north tower.

As we commemorate the 10th anniversary, let’s think about those who were taken then, and all those service men and women taken since. Let’s all pause to really remember how we felt as Americans that day. We felt like one nation, didn’t we? All in this together.

In the decade since, we sadly seem to have become the most polarized I can ever recall. Perhaps it was worse in the 1960s when Vietnam and changing societal mores created the so-called “generation gap.” But today, the tear seems deeper across all ages, races and beliefs.

If 9/11, or even last month’s tragedy at the State Fair, has taught us anything, it’s that life can be fleeting. You go to work or a concert one day, and you never come home. We all get so caught up in the ebb and flow of our daily lives, of the economy, of politics, we seem to forget what we all always say matters most when monumental days bring us all together. That’s what anniversaries should be for. That’s what a marble memorial on one river town’s shore is for. This month, let’s all stop … reflect … and truly remember. 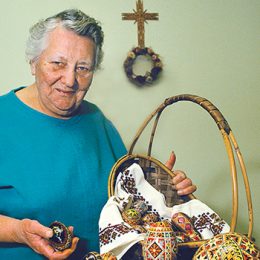 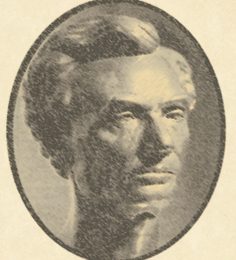 Lincoln Features from Past Issues 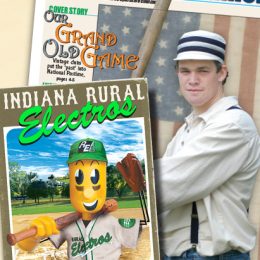