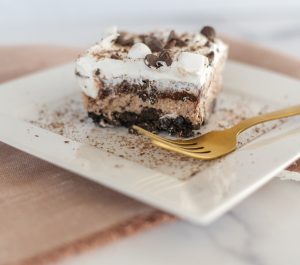 To make the crust, place whole cookies (with the filling) in a food processor and grind to fine crumbs. Stir in melted butter and press the mixture into the bottom of a 13-by-9-inch pan. Place in the refrigerator.

To make cocoa cheesecake layer, beat softened butter and cream cheese with vanilla and powdered sugar until creamy and smooth. In another bowl, beat heavy whipping cream and hot cocoa mix until stiff peaks form. Fold half of the hot cocoa cream into the cheesecake mixture, then fold in the other half, incorporating everything well. Remove the crust from the refrigerator and spread the cheesecake mixture over the crust. Set in refrigerator until firm.

To make the pudding marshmallow layer, whisk pudding mix and milk until it starts thickening. Stir in 1 cup mini marshmallows and spread over cocoa cheesecake layer. Place in refrigerator to set. 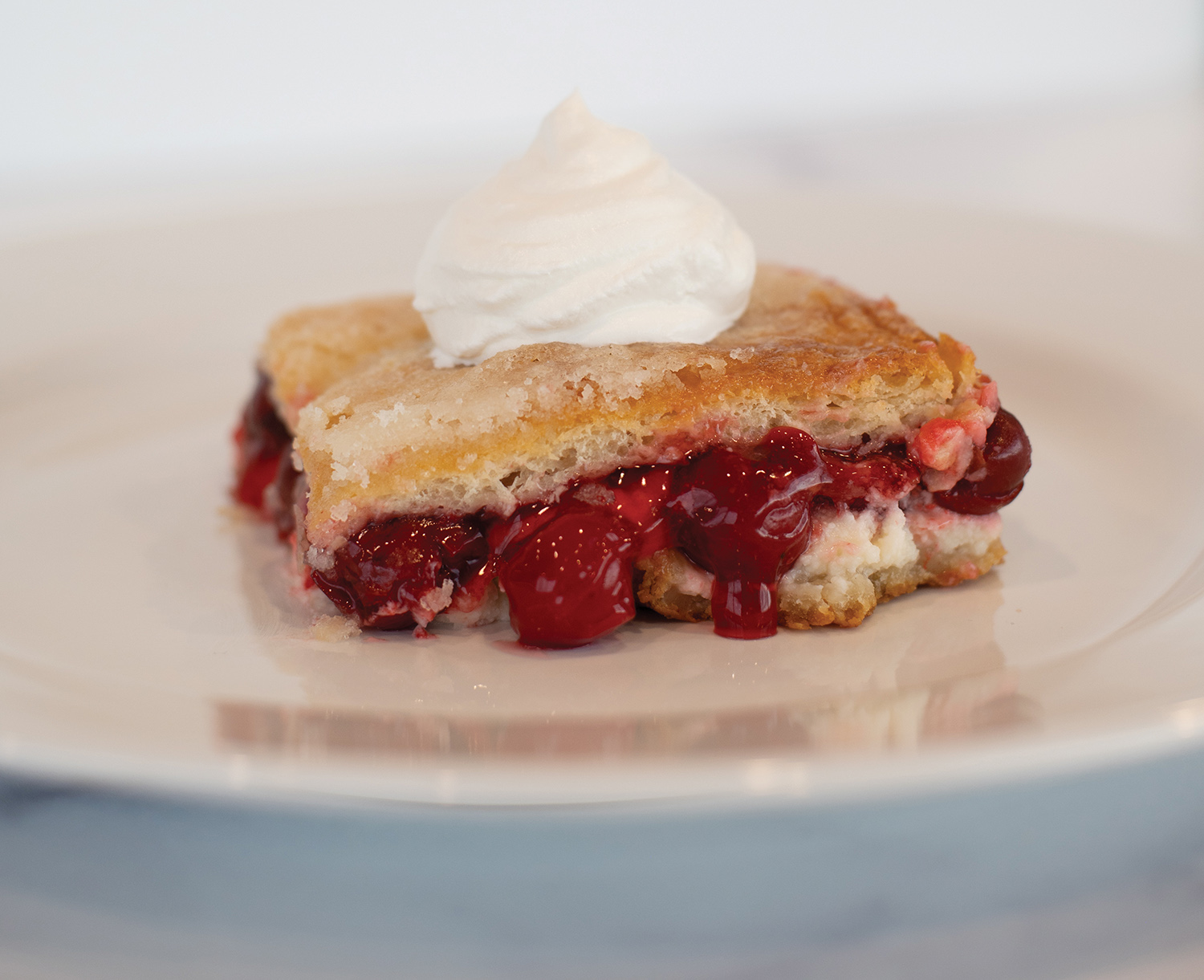 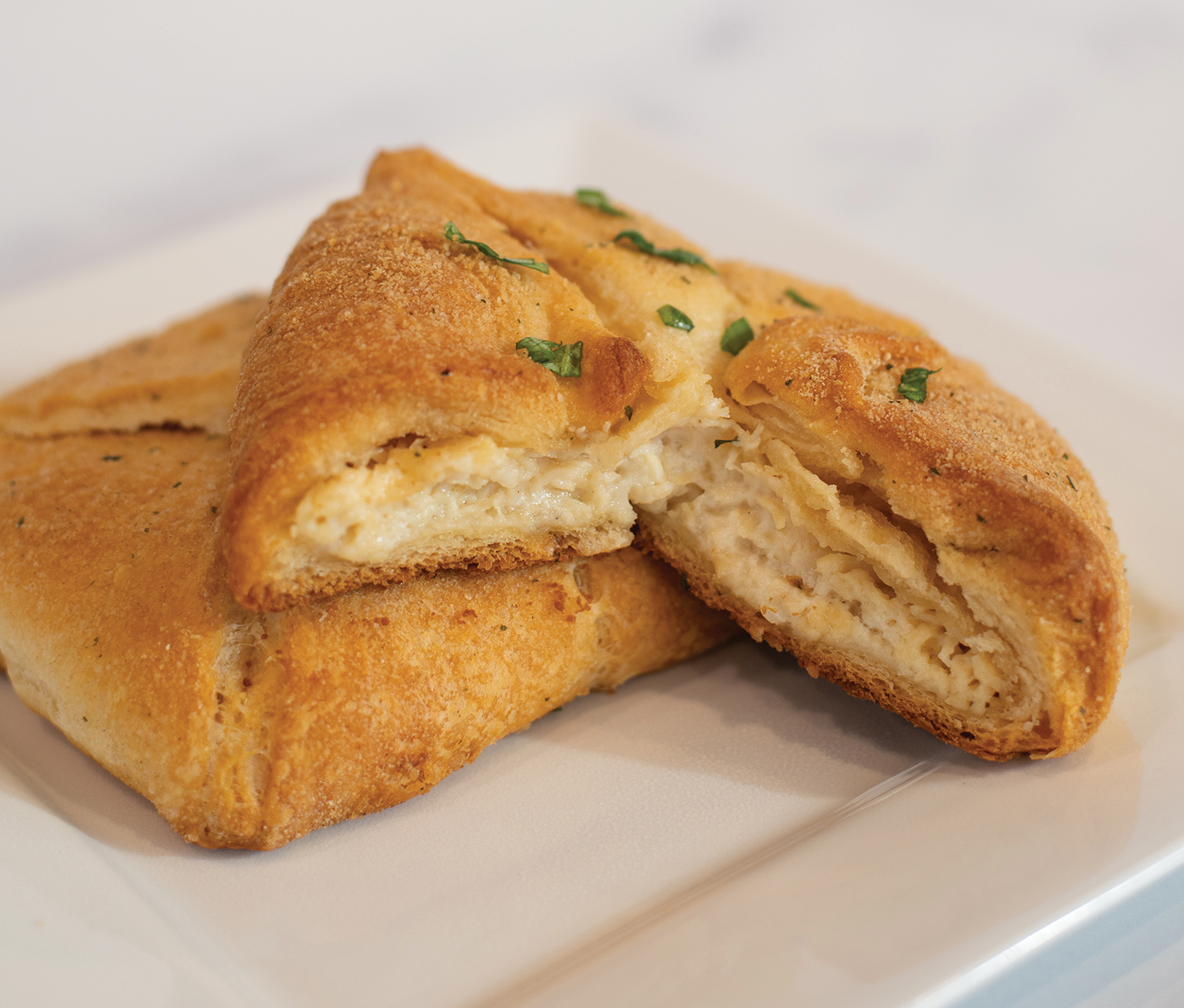 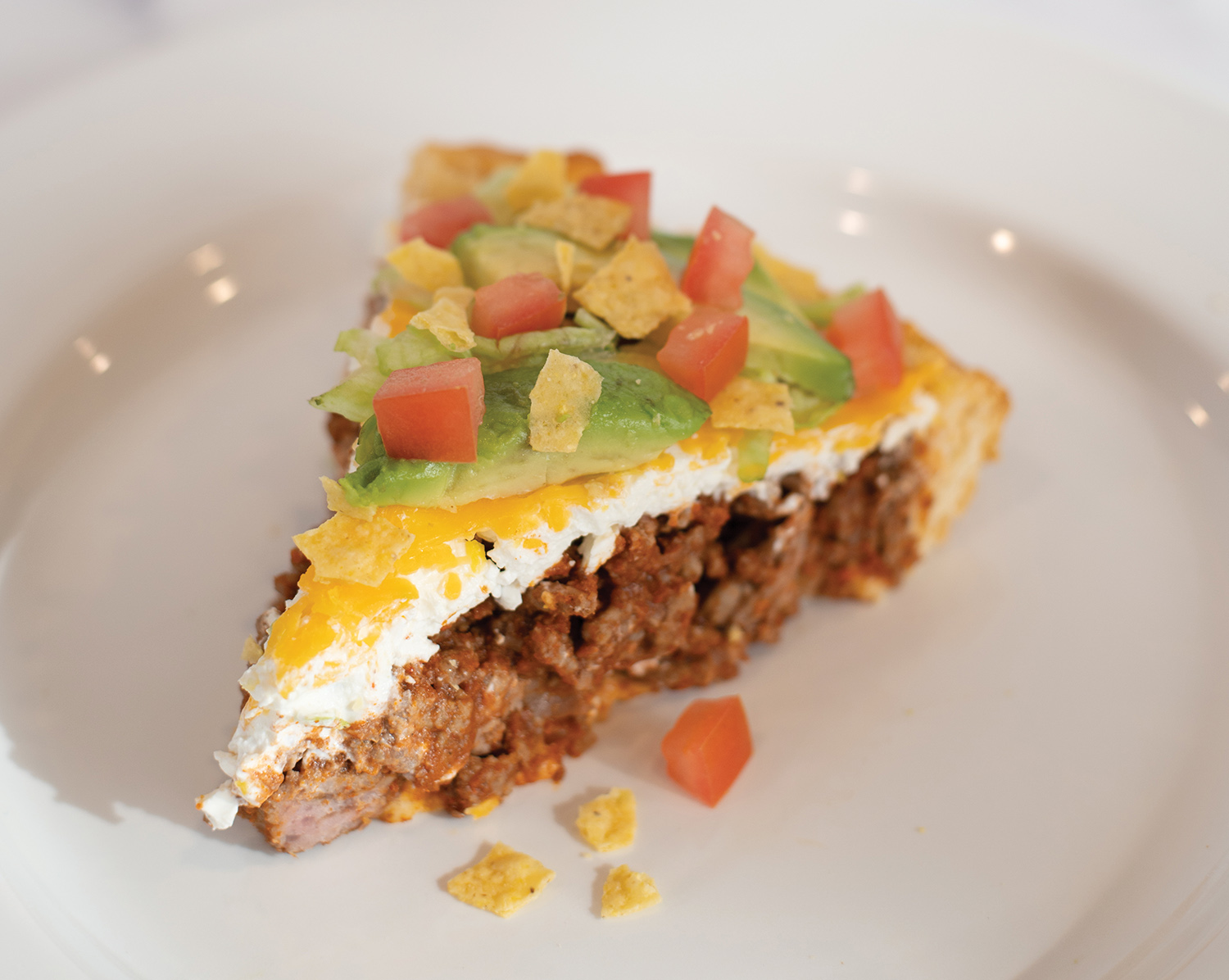