Pole position: What’s it take to make the move?

By Indiana Connection
Posted on Jul 02 2020 in Boone REMC

Distribution poles can be found all along roads and neighborhoods, bringing power into homes and businesses. To keep the system working properly, Boone REMC regularly inspects the lines and occasionally finds a few poles that need to be replaced. If a pole needs to be replaced, Boone REMC does its best to keep members in service while the lineworkers get the job done.

Poles need periodic replacement. Weather disasters like lightning, storms, and tornadoes can cause major and immediate damage. Car crashes, equipment changes, and highway relocation are also reasons why a pole may need to be replaced.

“I would say on average we replace about 30 poles a year because of car crashes or farm equipment damage,” Manager of Engineering and Operation Services Jeff Dickerson said. “Last year total we set 2,093 poles.”

When a pole is hit by a car, it will cause an electric outage. According to Dickerson, the outage time depends on how long it takes to get a crew to the site, how much is connected to the pole, and the conditions that the line crew is working in.

“It usually takes about two hours on average,” Dickerson said. “But, it can take as long as four hours if there is a lot of equipment connected to it. If it is just one line, we can change a pole out in an hour.”

A pole was broken near Thorntown after it was struck in a hit and run accident. Police notified Boone REMC and calls and notifications came to the service center of an outage. Approximately, 102 customers lost power because of the incident. However, crews were able to change the pole in two hours and have customers’ service restored.

Even poles that don’t suffer major damage will lose some of their strength after being subjected to the elements over the years.

Boone REMC will replace 120 poles in a year. A total of 2,100 poles were inspected last year in accordance with the operation plan.

“As far as a crew goes, one guy will run the digger truck, while the rest of the crew works on framing and setting the pole,” Dickerson said.  “Once the pole is set, depending on what is on the pole, one or two guys will go up and do the overhead work on the new pole while the others keep an eye on them for safety reasons. At least one guy on the ground is required to keep an eye on the guys in the air.”

Follow Boone REMC on social media to get updates during an outage. To report an outage, please use SmartHub, the website, or call. 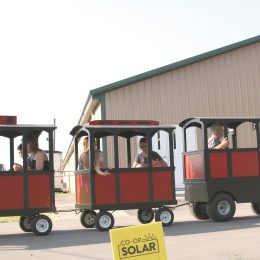 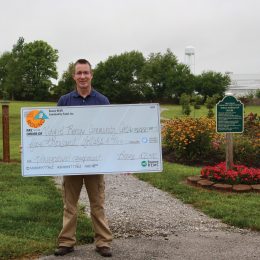 Operation Round Up grants awarded 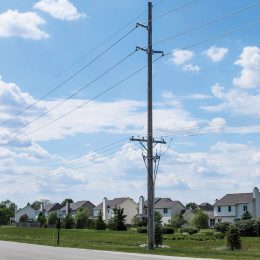 Operation Restoration — We are here to provide great service