LaGrange County REMC apprentice lineman Michael Peterson has completed the Rural Electric Apprenticeship Program (REAP) and became a journeyman lineman on Oct. 4. REAP is a four-year program that includes intensive training through Indiana Electric Cooperatives, our statewide service organization. The program consists of 576 hours of classroom and skills instruction as well as 8,000 hours of on-the-job training. Upon completion of the program, Peterson also earned an associate degree in applied science through Ivy Tech Community College. REAP covers multiple proficiencies that journeymen must master before graduating. These include climbing, underground, staking, and regulators among others.

“I’d like to thank the co-op for putting its faith in me to become a journeyman lineman,” Peterson said. The hardest part for Peterson was being away from his family during training. Peterson loved building relationships with the other REAP participants. Though they work at different co-ops, he regularly stays in touch with them.

Peterson began his career at LaGrange County REMC on the right-of-way crew in 2011 and was promoted to right-of-way foreman in 2016.

“I’m excited to serve the cooperative in this new capacity and help keep the power flowing to our members’ homes and businesses,” said Peterson. With a couple of guys retiring soon, Peterson thinks that he has big shoes to fill to carry on the legacy they have built.

Peterson said he is also looking forward to where the co-op is going, with the rollout of broadband. With a couple additional operations crew members coming on board, Peterson has the opportunity to fill those shoes while being a role model to the younger guys. We have a feeling those shoes will fit just right. 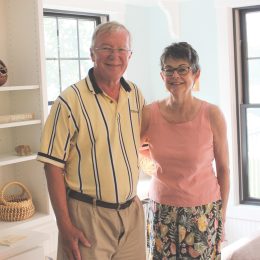 Benefits of a Power Moves Home 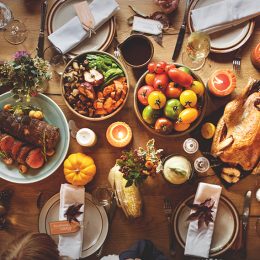