One Bad Day ... Led to a Wonderful Life - Indiana Connection

One Bad Day … Led to a Wonderful Life

Chuck Tiemann recognizes more than most how one bad day at work can change a life. He cites his by the day and hour: Thursday, May 1, 1980 — May Day, appropriately — 1:58 p.m. … Central Time.

That’s when Chuck, not three years into his career as a lineman for a rural electric cooperative in Oklahoma, grabbed an energized power line he believed was dead. He paid dearly, literally an arm and a leg, and almost his life.

Over the next 41 years, Chuck, now 66, devoted his life sharing electrical safety lessons so others wouldn’t have to learn them as he did. Fortunately for Indiana, the last 15 of those years has been as a safety and risk management instructor at Indiana Electric Cooperatives.

Teaching, preaching, praying, cajoling, counseling, consoling, lecturing, badgering, bending ears, sometimes twisting arms … sometimes twisting his own arm to unsnap and feign throwing his prosthetic hand, Chuck did what it took to get everyone’s attention. From pole yards to pole tops, he’s been a mentor and a “mother hen,” an ally and an agitator, pressing linemen to work more safely. And from REMC boardrooms to national conference rooms, he’s been an unrelenting advocate pressing directors and managers to approve and provide every necessary tool and procedure to make a safer environment for the lineworkers he loves.

“My only focus is the linemen,” Chuck says, reflecting on his career he officially wrapped up last month with retirement. “That’s what our job is. It’s about their families and getting them home at the end of the day.”

Though Chuck is stepping away from the career, he plans to continue being the evangelist he became for electrical safety and a champion for burn victims and amputees. He plans to continue motivational speaking, as well, and, serving as a witness to a Savior who he said stepped in and saved him.

“I don’t know why my life was spared,” he says with a break in his voice and a tear welling in his eyes, “but God spared my life, and I’m forevermore grateful for that. I take not one day for granted … not one breath of life do I take for granted … because life is precious, and it could be gone that quick. And I understand that.”

On May 1, 1980, Chuck was part of a line crew working routine construction in muddy open range country of northern Oklahoma. Toward midafternoon, Chuck started climbing a pole as he’d done a thousand times before. The lines weren’t going to be energized, so he left the protection of rubber gloves below. As he neared the top, for a split second Chuck said he wondered if a coworker had de-energized the line as he confirmed he’d do. Chuck saw him working down by that pole where it was to be cut moments earlier. So, he reasoned that critical task was done.

Protected by only his leather glove, his left hand reached up for the line. But it was not dead.

In less than a heartbeat, 7,200 volts of electricity bolted down his left arm, though his torso, down his right leg and blew out his foot heading for the neutral wire nearest to where he had dug his metal climbing gaff into the pole.

He was saved only by his fingertips: The two seized on the line burned off almost instantly. That freed his grip and cut the flow through his body. But his heart stopped. His body bent over backward, head touching his heels, and hung lifeless on the cross-armed pole. His coworkers raced up to revive and rescue him. They called for an ambulance and rushed him out to where the rugged range met a crossroad.

“It was not a good day at work at all,” Chuck has said.

He spent the next 10 weeks in a Tulsa burn unit. He underwent the amputations of his left arm at the elbow and right leg at the knee, as well as five other major surgeries. He was eventually fitted with a prosthetic left hand and forearm and right leg and foot.

Chuck credits his strong-willed wife, Terri, his high-school sweetheart who was just 24 years old herself at the time, for pushing him to regain his independence.

In 1984, Chuck left the electric co-op to finish the college degree the cooperative gave him the opportunity to start after his accident. But he continually counseled other electrical burn victims such as linemen hurt on the job. Terri would counsel spouses. Then, they turned the challenges they faced into opportunities to help others. “I got tired of counseling with people that had been burned; I decided one day it was time to make it stop,” he says.

In 1996, he rejoined the electric cooperative family — first with Federated Rural Electric Insurance Exchange, which insures most cooperatives around the nation, then with the Alabama electric cooperative association. In 2006, Chuck made his way north, accepting an offer to work for Indiana Electric Cooperatives. And while he’s made Indiana his work home for the past 15 years, the feisty Okie maintained his home and farm in Alabama, and small family farm in Oklahoma. He drove home to Terri and their three children, now adults, on weekends.

A legacy of safety

Chuck knows there’s still a lot of work to do to reach the electric industry’s goal of zero electrical contacts for its lineworkers. While numbers are much better than the 200 linemen actually killed each year when Chuck was burned in 1980, he says it’s hard for him as an instructor, who’s visited 444 of the nation’s co-ops, to talk about a “safety legacy.”

“My goal since I’ve been doing safety training is to be at zero. And every time an incident happens, we, as a team, take it hard. What did we miss? Why didn’t we get that point across? Why did that lineman fail at that task that day?”

“I can’t say how many there are, or who they are, but I can say this: Linemen are going home to their wives and children every night, and they wouldn’t be if not for Chuck’s unwavering dedication to their safety,” testifies Jon Elkins, the vice president of safety, training and compliance with IEC. “Whether they know it or know him, there are lineworkers in Indiana, and across the United States, who owe their lives or at least their limbs to Chuck Tiemann.”

The crusades for things like electrical safety and proper prosthetics for burn victims in which Chuck has unflinchingly been engaged, often on national platforms, would never have come his way being just a lineman, Chuck says. “In those fights, God has called me.” And, he adds, any accomplishments have made that one bad May Day worth it.

But Chuck readily admits what a difference a day makes. “If on April 30, 1980, the Lord had said to me, ‘Oh, tomorrow’s gonna be a really bad day that’s gonna affect the rest of your life,’” he says, “I would have called in sick.”

Looking back, as he heads into retirement, Chuck says, “Life has been good.” And, he repeats the biggest life lesson he’s learned and has left with most everyone he’s met over the past 41 years: “Life IS good — today.” 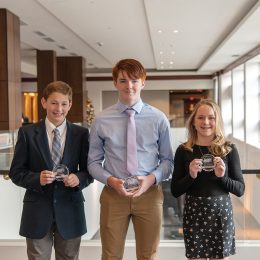 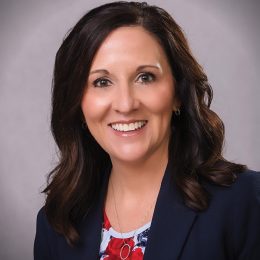