Tourists visiting Alcatraz learn about the island’s prison history under light bulbs energized by the high-tech future — one of the nation’s largest microgrids, which powers the site.

Microgrids are localized energy grids that can operate independently. As new energy sources power more of the nation’s towns and cities, new technologies ensure that these sources can connect to the existing energy grid. Microgrids ensure the value of current infrastructure while keeping up with the technology transformation.

Microgrids arguably provide the most value to co-op communities through their ability to connect and disconnect from the nation’s existing power grid. When 8.5 million people were left without power in the aftermath of Hurricane Sandy in 2012, officials realized the need and importance for a grid with stronger ability to bounce back after an outage.

In times of extreme weather or other emergency situations when blackouts occur, the local microgrid networks can disconnect from the main power system and operate entirely on their own. These systems may be customized to keep critical loads, such as hospitals or water treatment facilities, energized while giving affected communities the ability to quickly recover after a storm.

A microgrid’s ability to operate independently is often through use of nearby generation, such as renewables or generators, as well as energy storage systems. As a result, advances in renewables and battery storage have increased the potential of microgrids. Although they’ve been around for quite some time, cheaper, localized generation is driving renewed interest in microgrids.

Developments in battery storage have also fueled increased attention. In some states, batteries on microgrids give electric co-ops greater flexibility to save excess electricity when demand is low. They can be used at a later point when demand increases.

As technology advances and costs decline, the benefits of microgrids will continue to receive greater attention. They offer many opportunities to evolve the nation’s infrastructure and enable cooperatives to provide safe, reliable, and affordable power to members well into the future.

This piece is derived from an article by Kaley Lockwood for NRECA’s Straight Talk. 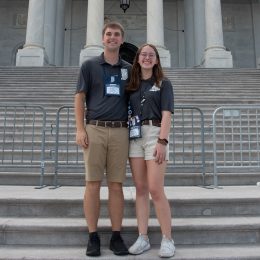 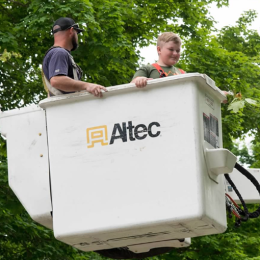