Lighting the Way: Doug’s mission — keeping your lights on

It’s his job to keep your lights on, and he does everything in his power to maintain and improve that reliability.

As manager of engineering and operations, Doug Dickmeyer has found a career with the perfect balance of engineering projects inside the office, while also being able to go out in the field to work alongside our operations team — his favorite part of the job. It’s what drew him to his first position as a system engineer for the cooperative.

The local Boy Scout leader and self-proclaimed science nerd is happy to spill about his time both in and outside of the co-op for our members:

What motivated you to work for Noble REMC?

“When I graduated from college with a degree in electrical engineering, I kind of had an idea of what I wanted to do. And my first job wasn’t really that. So, power engineering was kind of something I was always interested in and fit me well: being able not just to work inside, but to work outside, too.”

What is your favorite part of the job?

“I’m not just inside working behind a desk, I’m able to get outside and visit with the guys and work with them. That’s probably one of my favorite parts of the job: working in substations, going outside and working with the crews. That’s one of the best parts of the job, talking to everybody.”

What’s one of the hardest parts of the job?

“I call it the whack-a-mole part of the job — the little problems that pop up that you didn’t see coming. For example, last night we had a problem at 9-10 o’clock at night. Now we’re working today to get the problems all fixed.”

What do you like to in your free time?

“I like to get away from the cell phone. I go hiking and camping, and things like that. Not every week, but usually every month or so, I spend some time outside and even do winter camping, which some people don’t find particularly rewarding, but it gets me away.”

“I bet I’ve seen ‘The Big Lebowski’ 50 times. That’s a weird one though. It really depends on what I’m in the mood for. The ones I’d say I watch the most are just goofy, silly ones like ‘Office Space’ that I can just turn on and enjoy, but if I want to sit down and watch a show, that’s one of my favorite ones.”

What is your favorite local restaurant?

“Oh, that would be Half Acre Café. I either get the small scrambler, or, nine times out of 10, I usually pick whatever they’ve got on special. Just about anything they make up there, I really like. Every now and then one of my sons will get up early on a Saturday and say, ‘Let’s go off to breakfast.’ That’s where we go.”

What’s one thing we don’t know about you?

“I am a humongous science nerd. Getting up early on a Saturday, I usually watch things about space and black holes or the James Webb Space Telescope. I’ve enjoyed it ever since I was a kid. I used to ride my bicycle to a movie theater and watch ‘Star Wars,’ and it just fascinated me. If there was one thing I would do that’s not electrical engineering, I would want to be an astronomer, to be honest with you.” 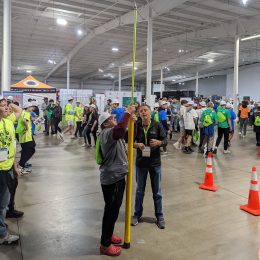 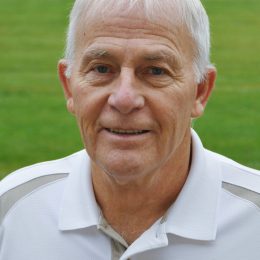