Loopholes riddle the federal tax code. We’ve all scratched our heads or groaned whenever we’ve heard or read about some of the capricious and crazy deductions allowed by the IRS. Most tax incentives, though, do seem to make sense, and most of us appreciate and take advantage of those we can — such as mortgage interest deductions that encourage us to build equity through home ownership. One sound tax credit that’s been on the books since 2008 is set to expire at the end of this year — unless Congress can be persuaded to act. Late last year, Congress failed to renew the Geothermal Heat Pump Tax Credit for installing a geothermal heating/cooling system in a home or business. The credit allows 30 percent of the cost of the system to be deducted from the taxes a homeowner owes and 10 percent for a business.

Geothermal (also known as ground source) heat pumps are incredibly efficient and can cut home heating and cooling bills by up to 70 percent. While fossil fuel furnaces may be 78-95 percent efficient, a geothermal heat pump is about 400-500 percent efficient. A study by the Environmental Protection Agency concluded geothermal energy is the most environmentally friendly heating/cooling system.

The technology takes advantage of the ground’s constant temperature a few feet below the surface. The Earth itself is the world’s largest solar collector, and geothermal taps into this stored solar energy. A buried system of looping pipes circulates a fluid to transfer a home’s heat to the ground in summer, and moves heat from the ground to your home in winter. One of the foremost innovators and manufacturers of geothermal systems, WaterFurnace, is based in Fort Wayne.

Like wind and solar, geothermal technology does have a substantially higher installation cost. Trenching or boring is required to bury the piping in the ground. Though geothermal systems pay for themselves in energy savings in just a matter of years (unlike wind and solar systems which take longer), households and businesses rely on the federal tax credit to overcome that economic barrier of the initial cost.

The reason the tax credit is expiring, we’re told, is because we all must do our share of belt tightening. We know the federal budget is bloated. Our national debt is approaching $20 trillion. Most all agree that’s unsustainable. There’s been a lot of talk about reducing or eliminating loopholes and tax credits and even overhauling the IRS and the entire taxing structure.

Last year, Congress extended the Wind Production Tax Credit and the Solar Investment Tax Credit for commercial and residential installations of wind and solar systems. Their credits will begin phasing down but not expire before 2021.

Congress should not be in the business of picking winners and losers in the renewable energy and energy efficiency marketplace. If tax incentives are needed to encourage and expand solar or wind energy, it’s only right that geothermal systems be given tax credits for the same time period.

Further, it’s long been the belief of electric co-ops that reducing the need for a kilowatt-hour of electricity through efficiency is better than generating a kilowatt-hour to meet the need — even when that kWh is generated using the most earth-friendly sources.

That’s why consumer-owned, not-for-profit electric cooperatives across the nation help their consumer-members save energy and money: by promoting the use of geothermal heat pumps. All of Indiana’s electric co-ops — and about 45 percent of co-ops nationwide — utilize geothermal technology in their energy efficiency programs. Geothermal heat pumps are one of the two choices (the other being an air-source heat pump) required for homes in the super energy-efficient Touchstone Energy Home program.

America’s electric co-ops have joined a score of other energy and building organizations hoping Congress extends the tax credit and are working with a bipartisan group of lawmakers to give geothermal heat pumps the federal tax credit extensions granted to solar and other renewable technologies.

There are a myriad of loopholes and other credits Congress can direct its slings and arrows toward to help reduce the deficit and slow the debt.

Encouraging consumers to install the most energy-efficient heating/cooling equipment that will lessen the use of fossil fuels and reduce carbon dioxide is a win-win-win for everyone in the long run, even the tax man. Eliminating that credit while keeping other credits that are not as economically sound is just loopy. 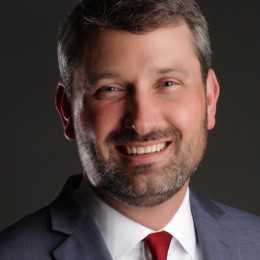