July: From Boilermakers to ‘moonrakers’ Electric cooperative mascot Willie Wiredhand says Purdue graduates have carried the state’s torch of enlightenment to the stars … and back!

Purdue University may be best known among rural electric cooperative members for its incredible contributions to agriculture. But there’s another side of the campus that has played an astronomical role in our nation’s space program. Two dozen graduates have taken their Purdue education out of this world as astronauts.

Seven rays on the Indiana state flag reach from the torch’s flame toward stars. They represent the state’s far-reaching influence of enlightenment. Two of the most shining examples of that emblem came on almost the same day in July, eight years apart.

On this day, Hoosier astronaut Virgil “Gus” Grissom, a native of Mitchell, became the second American in space.

Grissom, who graduated from Purdue University in 1950 with a degree in mechanical engineering, was an Air Force combat pilot, test pilot and instructor. In 1959, he was chosen to be one of the nation’s first seven astronauts.

His 15-minute, 300-mile suborbital flight on July 21, 1961, aboard a Mercury/Redstone rocket flew him out over the Atlantic Ocean east of Florida’s Cape Canaveral. The mission was a success until moments after splashing down in the Atlantic, northeast of the Bahamas. The hatch door on the Mercury capsule prematurely exploded open. Water filled the capsule before Navy rescue/recovery helicopters were in place. Grissom swam clear, but, his waterlogged capsule, dubbed Liberty Bell 7, became too heavy for the helicopter to lift and it sank in water three miles deep. (In 1999, using new technology, an expedition found and recovered the capsule from the sea floor. Partially restored, it made a tour of museums including the Indianapolis Children’s Museum in 2001-02.)

Grissom’s flight was just a baby step as the United States began looking to achieve the ambitious 1961 proclamation of President John Kennedy: “This nation should commit itself, before this decade is out, to achieving the goal of landing a man on the moon and returning him safely to Earth.” Neil Armstrong makes that small step for himself onto the lunar surface — and giant leap for mankind — July 20, 1969.

Americans were transfixed to the flickering black and white images on their TV screens as astronaut Neil Armstrong made his way down a short ladder on the side of the lunar spacecraft that had landed on the moon hours earlier. Then, he stepped onto the powdery surface and uttered one of the most famous — and certainly the most statically broken and then debated — quotes in history. “That’s one small step for [a] man, one giant leap for mankind.”

Armstrong, a native of Wapakoneta, Ohio, about 35 miles east of Indiana, was also a Purdue University alum. In 1947, Armstrong enrolled at Purdue University on a Navy scholarship to pursue a degree in aeronautical engineering. But the Navy called him to active duty in 1949, and he ended up flying combat missions during the Korean War. In 1952 he returned to Purdue and completed his degree. Armstrong became an astronaut in 1962. He flew his first space mission aboard Gemini 8 in 1966.

It’s often been said by former astronauts and folks at NASA that when Armstrong made that giant leap, he was riding on the shoulders of Grissom and fellow astronauts Ed White and Roger Chaffee — the first Apollo crew. The three died tragically in a flash fire during testing on the launch pad Jan. 27, 1967. Chaffee, a native of Grand Rapids, Michigan, was also a Purdue graduate.

Before the deadly fire, the Apollo program, the last step to the moon after the successful Gemini missions, had been beset by design flaws and delays. The tragedy on the launch pad caused NASA to reassess the race to space and everything it did. Two years were spent redesigning the Apollo spacecraft and putting a new emphasis on safety and quality control. No other astronaut died on a mission until the 1986 Space Shuttle Challenger explosion. Gus Grissom, from left, Ed White and Roger Chaffee were photographed at the Apollo 1 launch pad shortly before they perished in a fire inside their capsule atop the rocket during pre-launch testing, Jan. 27, 1967. Grissom, a Purdue University graduate, was a native Hoosier and the commander of the first manned Apollo mission. He was also the first astronaut to fly two NASA missions. Chaffee, a Michigan native, was also a Purdue graduate. 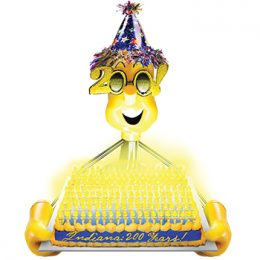 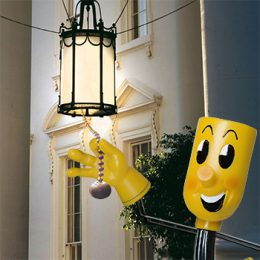 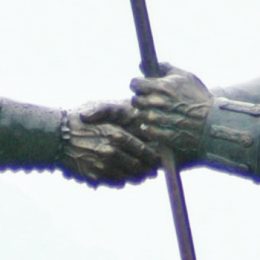