By Indiana Connection
Posted on Feb 07 2020 in Noble REMC

We all have a history. But what makes life interesting are the ways that our histories intersect.

Noble REMC found this recently when we received a seemingly random request from Hudson resident Janis Penick. She was finishing her late father’s written history, and he had mentioned taking “wiring classes” at the local cooperative. She wanted to tell the story to her grandson, hoping to fill in what she could.

Asking around, no employees could quite put their finger on any certain piece of information. So a search in the archives was underway.

Through correspondence, we learned her father was Vaughn Truelove, a native of Swan Township in southeast Noble County, a lifetime Noble County farmer and one of the original founders of Truelove Brothers Farm Equipment, located south of Albion.

Going back into our vault, it was found that Noble REMC did indeed host a wiring school. Our own written history simply stated: “September 20, 1937: The REMC Board hired an instructor and began ‘wiring school.’ Wilmer F. Shauck received ‘not more than $110 per month and 4 cents per mile.’”

It wasn’t much to go on, but it explained an often overlooked but significant step in the creation of the cooperative, taking place days after we had applied for our second loan from the Rural Electrification Administration and nearly a year before we erected our first pole or hired our first lineman in the spring of 1938.

Though it wasn’t a lot of information, it served as an important reminder of what sets us apart from other utilities: we were built by our communities.

And now we can put a name and face to a vital part of the creation of our system: Vaughn Truelove. More than that, we can record his words as he wrote them before he passed away in 2008, “While on the farm the REMC was started. … (We) went to Albion for wiring lessons, about five or six lessons were all we went to. Then we started wiring houses. We wired my house and quite a few neighbors. That was quite an experience.”

Simple and to the point, but that’s how Janis describes her father. He was a curious, hard worker, who cared about others in his community.

There’s so much more to Vaughn’s story: meeting the love of his life as a teenager in 4-H, growing a successful business with his brother and witnessing and being a part of the many changes in farming from the 1930s and beyond.

Though Noble REMC is only a small piece of a much larger story, it serves as a strong reminder of how connected we are with our community and its members. We were able to fill in a small part of Janis’ father’s history, and she was able to show us one more example of how our community built our organization. 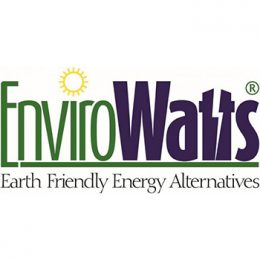 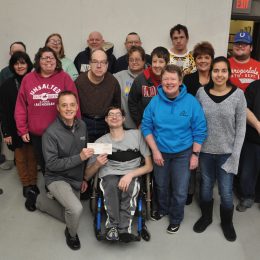