By Indiana Connection
Posted on Oct 25 2019 in Profile

In 1961, President John F. Kennedy asked the nation to commit itself to landing a man on the moon. That same year, Harold Stark put the skills he learned as a Rush County farm boy on the same trajectory.

As the nation celebrated the 50th anniversary of that “one giant leap” this past summer, the Apollo missions were thrust back into the limelight. Meanwhile, the cast of thousands, who, like Stark, helped Apollo achieve the goal, passed almost unnoticed in the shadows — just as they did in 1969.

Stark’s job was not glamorous. He welded titanium oxidizer tanks used in the fuel system of Apollo’s command module. In almost five years, from January 1961 through November 1965, he figures he personally welded 20 of the more than 84 tanks Allison Transmission division of General Motors in Indianapolis produced as a subcontractor for Rockwell Industries. But before the first Apollo missions ever took flight, Stark was transferred out of the project to work on helicopter engines and became a supervisor. He never looked back, or up, as Apollo reached its apex. “It didn’t bother me a bit because I had more responsibilities than I ever had,” he said. And as a supervisor, he noted, he got a nice raise.

Now approaching 98, Stark says the skills he used to work on Apollo he learned growing up on a farm in Rush County. As a kid, he marveled at all things mechanical, especially when it came to steam engines, and learned welding and trigonometry. In 1951, for economic reasons, he left farming and took his know-how to Allison. Ten years later, he was welding tanks for the Minuteman missiles and spacecraft.

Allison’s work on Apollo was never widely known. “We’d been directed that it was a ‘hush-hush’ program,” Stark recalled. Not until the 40th anniversary of the Apollo 11 landing in 2009 did some recognition begin. This past summer, Stark was one of three surviving Allison workers honored at an event at the Indiana State Museum. “I got a badge that says I helped build Apollo. That’s the only thing I’ve ever received,” he said.

Stark retired from Allison in 1980 and pursued his real passion — the farming machinery he loved as a boy. In 1979, he completed a project begun in 1974: building a working half-scale 1909 Gaar-Scott steam engine from scratch. He then became a mainstay at the Indiana State Fair’s Pioneer Village as the go-to welder, engineer, mechanic, and, more recently, advisor. His ability to fabricate exact replacements for any broken parts on the antique machinery used in the working demonstrations was incomparable. To Stark, it was just doing what had to be done to “get ‘er done.”

The proudest part of his work, he said, has been teaching younger volunteers at the Village about the machines for future generations. “I lived with all this equipment they’ve got here and was raised with it,” he said, sitting down for this interview at the fair in August. “I left my handprints on a lot of equipment.”

And to add to that: Some of what he’s touched may have even circled the moon. Getting ‘er done: from the farm to the moon and back again. That’s not a bad legacy for an old Hoosier farm boy.

RICHARD G. BIEVER is the senior editor of Indiana Connection 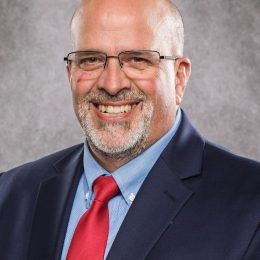