Good to the Bone! - Indiana Connection ;

Good to the Bone!

By Indiana Connection
Posted on Jul 01 2017 in Indiana Eats Marcy’s in Leopold is known for its melt-in-your-mouth ribs!

Hidden away in the rolling hills on the fringe of the Hoosier National Forest is a little gem, Marcy’s Leopold Restaurant & Bar.

A trip to Marcy’s feels like a throwback to a bygone era. In fact, it’s next door to a true “general store.” Perry County residents claim this local eatery and watering hole is as old as the town of Leopold itself.

Marcy’s signature “fall off the bone” ribs lure visitors from all corners of the state and from across the river. They are some of the best you’ll find anywhere.

Other specialties include fried chicken, thick pork chops, and a fried fish platter.

Ribs are available only on Fridays and Saturdays, so make sure you get there early. With locals coming in from Perry Central school events as well as those who’ve been hiking in the forest and boating on the Ohio River, you might not find a table. Marcy’s is rarely empty and the demand for the delicious ribs is high.

Don’t forget to watch our Indiana Eats video from Marcy’s! 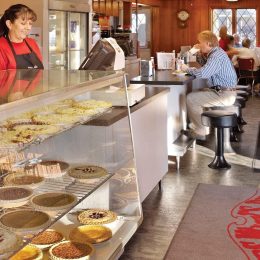 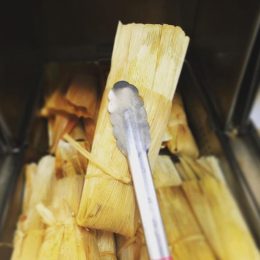 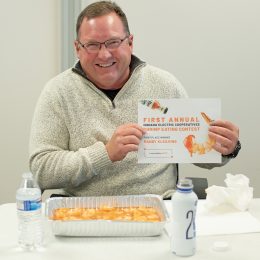