Cox finished the REAP program earlier this year after completing 576 hours of classroom instruction combined with 8,000 hours of on-the-job training. As part of the program, he also earned an associate degree from Ivy Tech Community College of Indiana and a journeyman lineman certificate.

He is a 2014 graduate of Lewis Cass High School where he graduated in the top 10 of his class. After high school, he attended Purdue University for a period time where he studied engineering technology.

He and his wife, Mackenzie, have a two-year-old daughter and are expecting their second daughter soon. Cox enjoys spending time with his girls. If he has time, he enjoys hunting deer and turkey. He is also an avid ice fisherman and loves to ride his snowmobile.

Cox believes that winter is the best time of year. In the not-too-distant future, he would like to take his family camping out west visiting Yellowstone and Yosemite National Parks along with Mount Rushmore.

Prior to joining the cooperative, Cox worked for OSR Bikes & Motors in Logansport where he built race bike motors. He has a knack for anything automotive and enjoys troubleshooting small engines (except when it’s his own stuff; he said nobody likes working on their own stuff.).

If not pursuing his present career, he stated he would have enjoyed being a heavy equipment operator, a mechanic, or going back to college to pursue an engineering degree.

When asked about the most unusual or interesting job he has had, Cox said that during high school he distributed Little Debbie snacks in Logansport for his uncle.

As a lineman, Cox helps to maintain the integrity of the electrical infrastructure and installs new electrical services to the members. He enjoys working on the power lines and teaching new apprentices the proper way to do things while coaching them on how to work safely and efficiently.

When asked what advice he would give to someone new to his position Cox said, “You are your brother’s keeper. What we have control of (7.2 Kv power lines) can kill you. It’s a responsibility to make sure the crew around you is safe and there is never a reason for a shortcut. There are numerous ways to complete the job safely, and making sure things are clean and organized is important. Take pride in your work.”

Cox enjoys the atmosphere and the camaraderie of fellow employees.  The staff and board of directors are glad to have Cox as part of the REMC family. We are fortunate to have him on our team. 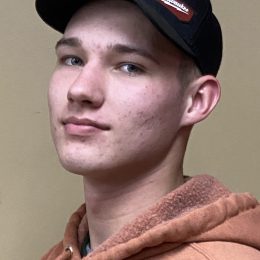