By Indiana Connection
Posted on Jul 23 2020 in Safety

The use of drones has increased rapidly in the past several years. Coming in various sizes ranging from hummingbird to bald eagle, these remote-controlled aircraft are being used in a vast number of ways by government, industries, commercial enterprises and hobbyists.

Electric utilities have come to rely on drones to help inspect power lines, including during storm restoration work when it might be difficult to access certain areas. While drones have not yet filled the skies, as many predict they one day will, Indiana’s electric cooperatives remind both hobbyists and commercial users to be aware of dangers when operating the little aerial devices near power lines and electrical equipment.

“Some of the same things we learned about flying kites as kids carry over to drones, too,” said John Gasstrom, CEO of Indiana Electric Cooperatives. “While drones are not tethered to you with a string like a kite that can fall across overhead power lines and put you in direct contact with electricity, drones still present safety concerns their pilots need to consider.”

Some things drone operators, both commercial and recreational, should keep in mind include:

Keep drones at least 100-150 feet away from power lines, electrical substations and other electrical equipment. Power lines can interfere with the radio signals to your drone causing it to veer off course or crash. This can pose danger to any people below or damage your drone or the power lines.

Should your drone get caught in power lines or crash into a utility pole or substation, never attempt to retrieve it yourself. Attempting to free the drone by entering a substation is not only criminal trespassing, you can be electrocuted. Call your electric cooperative for assistance.

If you are in an unfamiliar area or don’t know the name of the utility, most poles and all substations are marked with the utility’s name and may have an emergency phone number. If you still are unable to contact the utility, call 911 and ask for assistance. Depending on where your drone has landed, it could cause a power outage or damage to the electrical equipment.

Considering purchasing a drone and becoming a recreational pilot?

Here are some quick tips and facts from the Federal Aviation Administration:

For full details of becoming a drone pilot, visit faa.gov/uas. 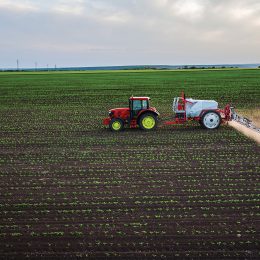 Spring into safety on the farm 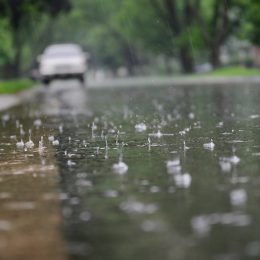