When the inventor of the game of basketball — James Naismith — visited Indiana’s high school basketball state finals in 1925, he quipped that he may have invented the game in Massachusetts, but “basketball really had its origin in Indiana.”

This time of year, those Hoosier roots of the game rise to the rafters of high school gyms across the state like the  lofty banners boasting of school glory. Two museums in eastern Indiana pay homage to Hoosier Hysteria. Acting like bookends, the two display the true fairy tale story that is the essence of “Hoosier Hysteria,” and an encyclopedia that fills in all the details, names the legends and adds up the statistics. Here’s a glimpse of both:

For many people, the movie “Hoosiers” — the David vs. Goliath story of tiny mythical Hickory, Indiana, winning the state championship — epitomizes basketball in Indiana. The story is based on the real-life story of “The Milan Miracle.”

In 1954, tiny Milan High School (enrollment of 161) shocked the state by winning the Indiana state championship. While the movie added quite a bit of drama, the enthusiasm for the sport in the state is spot on.

The Milan ’54 — Hoosiers Museum opened in June 2013 in the former State Bank of Milan building. The museum’s goal is to recapture the nostalgia and hysteria of that era with memorabilia from the 1954 Milan Indians team and the movie “Hoosiers.” The collection of props from the movie is the largest known in existence.

About an hour and a half drive north of Milan is the Indiana Basketball Hall of Fame, a 14,000 square foot museum that is full of memorabilia and interactive displays about basketball in the state.

The Hall of Fame features inductees such as Oscar Robertson, Larry Bird, Bob Knight, John Wooden and many more. Robertson, after losing to that Miracle Milan team in the 1954 semi-state finals as a sophomore, led his Crispus Attucks team to the 1955 state championship. Attucks, in Indianapolis, became the first all-black high school in the nation to win a state championship. The team repeated in 1956 with a perfect 31-0 season.

A visit to the Hall of Fame, puts you mere feet away from the world’s largest high school gymnasium, New Castle Fieldhouse . Holding up to 10,000 spectators, you’ll want to check the schedule and plan to take in Indiana high school basketball at this historic venue.

Hoosier Hysteria today may not have the same mystique or following it had back before the controversial change to a multi-class, multi-champion tourney after the 1997 championship. But Indiana’s high school state finals are still the most attended high school championship tourney in the nation. Check out the roots of this annual phenomenon at these two museums where so much of the story is told. 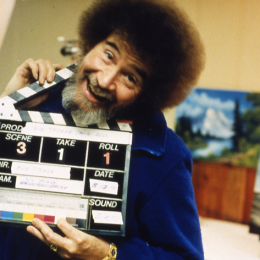