By Indiana Connection
Posted on Sep 26 2021 in County

Most towns have a mural or two depicting aspects of the town’s history or famous residents. But Jasper County has turned itself into a giant art gallery for murals — painted on buildings throughout the county seat of Rensselaer.

Beginning with just one mural a half dozen years ago, Rensselaer now hosts an annual mural festival — RenARTWlk — attracting artists from around Indiana, the nation, and the world. Some 40 giant works of art have brought a kind of renaissance to Rensselaer’s once staid downtown.

“It’s done a great thing to give Rensselaer an identity,” said Ryan Preston, an artist and contractor who, with his wife, founded 181 Properties. He was contracted to restore a dilapidated building in Rensselaer and turn it into a restaurant and event venue. Preston brought Cameron Moberg, a San Francisco-based muralist, into town to do the mural. Moberg ended up falling in love with the community and was soon bringing in muralists from around the world for the festival he helped organize three summers ago.

“Cameron just thought it was just such an awesome place. Hoosier hospitality definitely won him over and has won over all the artists that come to visit,” Preston said.

Rensselaer’s fortuitous location on Interstate 65 midway between Chicago and Indianapolis has made for a meeting ground amid the brew houses, restaurants, and boutiques that have been popping up.

“There’s a lot more business going on now that is geared toward creative outlets,” Preston added. “Rensselaer is becoming a place that is very motivated to decorate time with music and decorate space with art.”

In addition, the towns of Remington to the south and DeMotte to the north, as well as several other small towns in neighboring counties, have also joined in the hosting murals.

“I don’t think we really realized the impact,” Preston said. “But we brought in some artists and got some buildings painted. And we started noticing how the buildings looked much fresher and lively. We started seeing people come to town to view these murals, and they made a day of it. So, it was something that gave a lot of pride to the people that live in Rensselaer.”

The area arts groups and economic development organizations soon joined, supporting the mural projects, helping support the artists and finding business owners willing to turn the outside of their buildings into the artist canvases.

“Just look at the murals,” noted Preston. “They are uniting the community, helping give identity, and also springing economic growth.”

For more information about the murals, go to:

Named for: William Jasper, a noted sergeant in the Revolutionary War 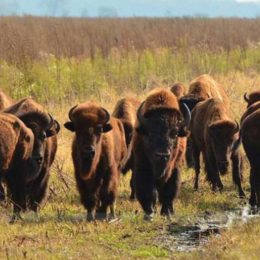 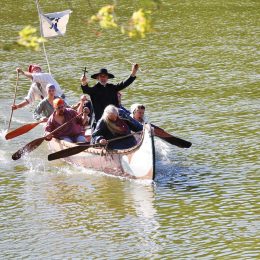