It’s been looking a lot like Christmas around the Electric Consumer office for a couple of months. Tiny parcels and big boxes bearing angels and reindeer, Santa Claus and snowmen have been dropping in regularly, courtesy of the postman. Readers sent us more than 50 handcrafted Christmas tree ornaments for our contest. Just a smidgeon are shown here and below.

Now it’s our turn to post the winners of our Christmas Ornament Contest for all to see and, we hope, to make your holidays brighter.

We first announced the return of the hand-crafted ornament contest back in the July issue. Some readers may remember the contest from before. It ran for 10 years and was a staple of our December issue from 1996-2005. After a 10-year hiatus, we thought it was time to bring it back.

We asked readers to send us their hand-crafted ornaments and offered cash prizes.

Soon, tiny boxes and padded envelopes with their little delicate bundles lovingly wrapped in tissue started stacking up in our office like toy blocks.

They came from everywhere … from Angola to Corydon, Floyds Knobs to Ferdinand, Kimmel to Kendallville, Bringhurst to Bloomfield. When the entry deadline passed, a whole Santa’s workshop of crafts was laid out before us: hand-hewn woodcarvings; multi-colored dyed eggs; and counted cross-stitching. Some were made from metal works and wire; others used feathers and one set used fishbones.

Some of the entries came from past winners who were stalwart participants during the contest’s previous run. Most, though, came from new hands working to raise money for our charitable cause. The works will be sold at a silent auction at the Indiana Electric Cooperatives annual meeting early this month in Indianapolis. The meeting is attended by directors, managers, staff and spouses from all of Indiana’s 38 electric cooperatives, IEC and other allied partners.

All money raised from the auction, which also includes the silent auction of community/themed baskets donated by participating co-ops around the state, is given to the Ronald McDonald House of Indiana. RMH in Indianapolis is a home-away-from-home for families of children being treated at Indianapolis hospitals. RMH has long been one of the charities supported by the IEC auction of baskets (and previous ornament contests).

We hope readers enjoy these ornaments as much as we have, and happy holidays to all!

Richard G. Biever is senior editor of the Electric Consumer. To see a YouTube video of the winning ornaments from the contest 1996-2005, CLICK HERE!

And the winners are … A set of “pysanky” eggs is the first place winner of our ornament contest. The intricate patterns and shapes are created through a multi-step process of layering wax and dyes, working from light to dark. The art form is a tradition of Ukraine. The artist, Paul Batz, picked right up where he left off 10 years ago. He won the contest in 2003 with similar eggs, and continued winning the contest’s “Hall of Fame” division until our last contest in 2005. Batz is a member of Utilities District of Western Indiana REMC.

CLICK HERE to read the 2003 Electric Consumer story on Paul Batz and how he creates the eggs. Even Santa sometimes gets tangled up in his work! This handcarved Santa, sitting on a box while trying to untangle the string, is the work of Merle J. Kruer. Even the bulbs are handcarved. Kruer is another former contest winner, earning a bronze in 2002. In fact, he entered his folk art Santas every year the contest was held from 1996-2005. He noted with the entry he hoped someday the contest would return. He is a member of Harrison REMC. Birds are always a popular ornament motif, but Linda Schoenherr takes it to a new level. This ornament is covered with the feathers of a pheasant, Canadian goose and a snow goose. She says it takes about six hours to make the ornament beginning with plucking the feathers, cutting off the down, then sorting each feather by color and size. She makes them for special friends and charity events. Schoenherr is a member of Noble REMC.

The beauty of wood comes through Rod Jewell’s bauble that is both elegant and rustic. The wood artist says the materials he uses are the unique aspects of his woodturnings. He says 95-99 percent of the wood he uses is recycled or reclaimed. The globe of this ornament is made from a baseball bat, and the finials are made from a worn or tossed out kitchen cutting board. His workshop studio is called “Knot to Pot.” Jewell is a member of Carroll White REMC. While we’re on the subject of turning “recycled or reclaimed” objects into ornaments (see ornament at left), Susan Burton creatively saw ornaments among the barest of bones — literally. She says while out walking a gravel pit bank one day, she saw a pile of bones from a fish scavenged by wildlife. But when she looked down, she saw hummingbirds, a flower and a butterfly in their shapes. She took the bones home, cleaned them and with nail polish and glitter created this mobile of the hummingbirds that dance around the flower. The butterfly, not pictured, was also included in her package. Burton won an honorable mention in the contest in 2004. She is a member of WIN Energy REMC.

Santa’s features are carved skillfully by hand into bass wood by David Thornton. Thornton is another past winner who won a second place with a similar carved Santa ornament in 2005. He is a member of Harrison REMC. A happy reindeer rests under a tree — perhaps taking a breather from Santa’s long night flight. The ornament, hewed and cut by David Hewins, is made of different kinds of native Indiana woods and uses no stains or dyes, he notes. The art form is called “intarsia.” Hewins is a member of UDWI REMC. Judith Butler’s “Wheat Angels” are woven from different types of wheat while the wings are made of corn husks. Butler says she soaks the wheat stems in water until softened and the corn husks in bleach water to kill the mold. She uses bale cord and twine to hold the all-natural family together and uses no glue. She said she does spray the darker ones with hair spray for luster. The group of five angels, she notes, represents her family — a father, a mother and three children. “No two are a like,” she adds, “just like life!” Butler is a member of Noble REMC. 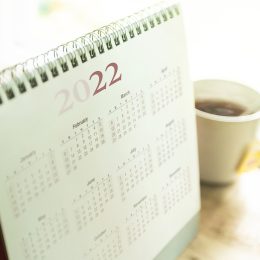 Make note of these important dates