By Indiana Connection
Posted on Dec 27 2022 in Travel

Eighty years ago this spring, the Nazi regime in Germany, already in the throes of its genocide against millions of people it deemed undesirable and a World War it instigated, began conducting perverse pseudoscientific medical experiments on sets of twins.

Among those pulled from the population bound to the concentration camps in the spring of 1944 and forever severed from their mother for the experiments were 9-year-old Eva Mozes and her twin sister Miriam. Eva and Miriam became guinea pigs of the massive, inhumane experimentation program headed by Dr. Josef Mengele at Auschwitz-Birkenau — a program aimed solely at thousands of twins, many of them children.

When the concentration camp was liberated in January 1945, the Mozes girls were among the survivors. They suffered physical complications throughout the rest of their lives from the year they were subject to the Nazi experiments.

In 1960, Eva married American Michael Kor, also a Holocaust survivor, and settled in Terre Haute. In 1984, Kor founded CANDLES (an acronym for “Children of Auschwitz Nazi Deadly Lab Experiments Survivors”), and, in 1995, opened the CANDLES Holocaust Museum and Education Center in Terre Haute. Its mission was to prevent prejudice and hatred through education about the Holocaust. Kor publicly forgave the Nazis to free her from the pain, anger and sorrow she endured, but she wanted to make sure no one ever forgot the evil it brought to the world. It is the only museum in Indiana solely dedicated to Holocaust education.

CANDLES is a place to reflect and learn. Docents are available for self-guided tours to offer more information and answer questions. The average tour time is about two hours to view the museum in its entirety.

The main exhibit is “Dimensions in Testimony Interactive Theater.” The exhibit is like a conversation with a Holocaust survivor. Created through specially recorded interviews with 12 Holocaust survivors, viewers can ask questions of the individual survivors about their life experiences and hear responses in real-time conversation. Visitors can hear their stories about topics such as life before the war, hiding, experiences in concentration camps, life after the war, forgiveness, family and more.

For each interview, the survivor answered as many as 2,000 questions. Using advanced language processing technology, the program matches questions viewers pose with the survivor’s most relevant response. Newly developed display techniques enable the interactive installation to be placed in museums, national monuments or other locations, with emergent applications for mobile devices.

While the museum is open to all ages, the material is most appropriate for ages 12 and older. For children ages 7-11, the museum recommends that parents, guardians and educators talk with children ahead of time and then take cues before and during the visit on how the subject matter may be affecting each child. The museum does not recommend bringing children under the age of 6.

Despite her age, Kor made annual trips to Auschwitz to tell others about her childhood experiences. During Kor’s 2019 trip, she died unexpectedly on July 4 near Auschwitz in Kraków, Poland. She was 85 years old.

But Eva Kor’s legacy and the educational trips in her footsteps continue. This year’s trip will be June 17-25, and registration closes March 1. Visit the museum’s website for more information. 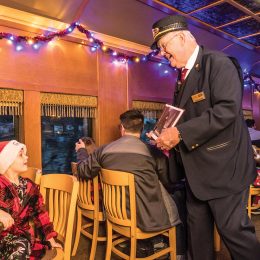 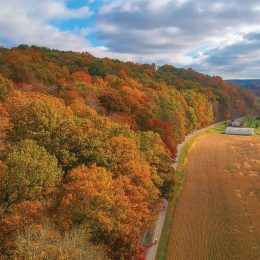 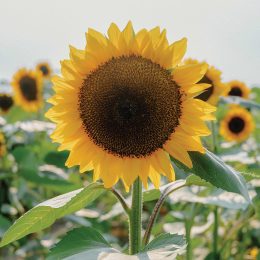