Board meeting summary for August

NOTE: All board meeting minutes are available on our website, dcremc.com, once approved.

The meeting was opened by Chairman Steve AmRhein and Brian Scheidler kept the minutes of the meeting. All board members were present. Also present: CEO Brett Abplanalp and employees Crystal Greathouse, Matt Raver, Jeanne Loechle, and John Wolfram from Catalyst.

Upon a motion by Dale Wernke, a second by Clay Nuhring, and carried, the agenda was approved with amendment.

John Wolfram from Catalyst Consulting trained the board on a cost-of-service study (COSS).

Brett Abplanalp presented the cool moment: the Power of the Past live line demo. Crystal Greathouse, Pat Nobbe and Abplanalp went to the Safety Summit conference and presented their takeaways.

Upon a motion by Jason Barnhorst, a second by Dale Wernke, and carried, the minutes for the July 28, 2022, board meeting and the Aug. 1 special board meeting were approved unanimously.

Brett Abplanalp reported on his monthly update as presented. Brent Bohman was hired with a start date of Sept. 7. Abplanalp gave an update on 2022 strategic projects. The electric vehicle (EV) charger has been installed on the west end parking lot.

Crystal Greathouse updated the board on the work being done on broadband. The team is working on getting quotes from different vendors for the engineering BOM and grant writing work. At this point, it does not look like DCREMC would be a contender for the Indiana Reconnect grant opportunity but the team is still evaluating. The team is also working on a member survey to gather more data and researching other federal grant opportunities.

Matt Raver presented July’s financials to the board as presented. Revenues are under YTD budget by $202,888 but power costs are also under by $178,981, resulting in a gross margin below budget of $23,907 YTD. Controllable expenses are over budget by 8% YTD primarily due to timing of ROW.

Steve AmRhein led the discussion to formalize the candidate bio formula to provide consistency and fairness to all candidates.

Reduction to Seven Board Members

Steve AmRhein led the discussion on reducing to seven board members when a position is vacated.

Matt Raver presented a $10,000 budget request for the board to approve becoming an Accord member. Accord is going to build fiber through our territory and there are advantages to being a member. Upon a motion made by Dale Wernke and a second by Jason Barnhorst, the motion failed with a 4-4 vote.

Board Strategic Initiative, Board Governance

Indiana Electric Cooperatives offered to come down and help the board on governance issues. Steve AmRhein led the discussion and asked the board for discussion on a plan forward.

Steve AmRhein briefed the board on the last board meeting at Indiana Electric Cooperatives.

Upon a motion made by Jason Barnhorst, a second by Jeff Lawrence, and carried, Steve AmRhein was approved as the voting delegate.

Upon a motion made by Jason Barnhorst, a second by Jeff Lawrence, and carried, the meeting was moved into executive session. At 9:21 p.m. the board moved back into general session.

Jason Barnhorst made a motion to approve Brett Abplanalp’s request for additional budget funds for staffing changes. Suzanne Parmer seconded and the motion was approved unanimously.

Upon a motion by Suzanne Parmer, a second by Jeff Lawrence, and carried, the meeting was adjourned at 9:48 p.m.

Thankful for your membership 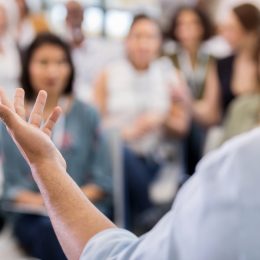