Board meeting summaries for April and May - Indiana Connection ;

Board meeting summaries for April and May

NOTE: All board meeting minutes are available on our website, dcremc.com, once approved.

Upon motion made by Dale Wernke, seconded by Jeff Lawrence, and carried, the agenda was approved.

Upon motion by Jason Barnhorst, seconded by Dale Wernke and carried, the Rules and Regulations redlines were approved with amendments with a 6-2 vote.

Member’s Request to Address the Board

Crystal Greathouse asked the board for a budget update to purchase a second tester.

Jeff Lawrence made the motion to approve the budget update, Suzanne Parmer seconded, and the motion passed unanimously.

Sam Ruf reported out the work that has been completed around cyber security and the RC3 program.

With the work completed, our RC3 score has been improved by 23% over baseline.

Sam Ruf discussed the need to update our internet service and asked to update the budget to include the increase.

Suzanne Parmer made the motion to approve the budget update, Brian Scheidler seconded, and the motion passed unanimously.

Brett Abplanalp presented the work DCREMC has done around engagements that aligned with the 2018 strategic plan.

DCREMC was acknowledged as a leader in the industry and Brett Abplanalp had the honor to present our success story at the InSights Conference.

Upon motion by Jason Barnhorst, seconded by Jeff Lawrence, and carried, the minutes for the March 24, 2022, board meeting were approved with amendments.

Updates were given to strategic plan projects, including purchasing more transformer inventory.

Three phase transformers have seen an average of 40% increase due to material cost and roughly 12-15% due to the market.

There were no major storms for the month of March but we had a few storms that caused our lost consumer hours and number of outages to be up.

Outage causes for the month were “trees – not in ROW”, then “power supplier.”

Line loss is in line but much different than March last year due to billing days in March 2021.

Controllable expenses are under budget $3,290, mainly due to ROW timing.

The board had a discussion around the CFC loan that is repricing on April 29.

Upon motion by Clay Nuhring, seconded by Dale Wernke and carried, Jeff Lawrence was elected to be the NCSC voting delegate by unanimous decision.

Upon motion by Dale Wernke, seconded by Brian Scheidler and carried, the redlines were approved unanimously.

Upon motion by Jason Barnhorst, seconded by Jeff Lawrence and carried, the policy was rescinded and approved unanimously.

Upon motion by Dale Wernke, seconded by Suzanne Parmer and carried, the redlines were approved unanimously

Jason Barnhorst discussed Hoosier Energy’s annual meeting. He also gave an update on the power tracker moving from negative to positive due to market conditions. Mitigation measures in process include accelerating the timing of scheduled 2022 patronage retirements and a special retirement of 2021 margins.

Steve AmRhein gave updates at IEC’s board meeting. There was an audit report out and it came back with a clean opinion. Brett Abplanalp was asked to participate in a panel discussion at the board meeting around the work DCREMC has done around professional development.

DCREMC has focused efforts on this topic and has dedicated dollars to professional development.

Abplanalp also gave a quick explanation about Accord Telecom and he plans to have a speaker at next month’s meeting.

Discussion of email from Carl Riedeman’s legal representation regarding election.

Upon motion made by Jeff Lawrence, seconded by Clay Nuhring, and carried, the meeting was adjourned to executive session at 10:14 p.m.

Upon motion made by Suzanne Parmer, seconded by Jason Barnhorst, and carried, the agenda was approved with amendments.

Upon motion by Clay Nuhring, seconded by Suzanne Parmer, and carried, the minutes for the April 28, 2022, board meeting were approved.

James Tanneberger spoke about Accord LLC and SCI’s fiber project.

The highlights of this past month are working on the meter pole project, annual member event preparation and strategic team updates. Abplanalp is in process of having one-on-ones with all employees.

Brett Abplanalp presented the board with options on how to move forward with exploring the feasibility of broadband. After some discussion the board went into executive session at 8:31 p.m. and resumed general session at 8:50 p.m.

Dale Wernke made the motion to approve the engineering work needed to apply for grant dollars and the dollars for grant writing. The motion was seconded by Clay Nuhring and passed with a 6-2 vote.

Brett Abplanalp presented the report out of the Q1 risk register.

Jason Barnhorst made the motion to approve the write off of the stated amount. The motion was seconded by Suzanne Parmer and passed unanimously.

Matt Raver discussed his recommendations for what would be included and the ranges he felt were appropriate.

The Retirement Security Plan and the 401(k) Pension

Dale Wernke made the motion to approve the redlines. The motion was seconded by Suzanne Parmer and passed unanimously.

Brett Abplanalp discussed updates from the Hoosier Energy board meeting, including tracker changes and MISO capacity.

Suzanne Parmer brought it to the board’s attention that the ballot does not state that there will be onsite voting at the annual meeting. Brett Abplanalp stated that voting is an option onsite. Members received information with the ballot and through normal communication channels that on-site voting was an option.

Parmer also asked if management was promoting and providing election information for certain candidates to employees of the REMC. Abplanalp stated that we do not promote any candidates. All election propaganda that is discovered is sent to all employees weekly, per employee request, so employees are aware and know what is being communicated.

Email from a Director

An email was sent to the board from Chris Tebbe, legal counsel for Director Carl Riedeman, wishing to document his opinion that the board has violated certain bylaws and policies. Board members asked Carl Riedeman if there was anything the board needed to do or address, nothing was brought up by any board member.

Upon motion made by Dale Wernke, seconded by Brian Scheidler, and carried, the meeting was adjourned to executive session at 9:41 p.m. 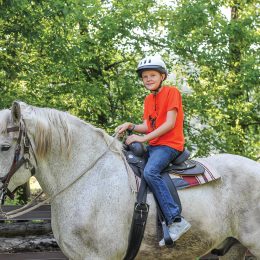 Roundtable at your REMC on Feb. 24