A legacy of selflessness - Indiana Connection

A legacy of selflessness

By Indiana Connection
Posted on Jul 07 2020 in Noble REMC

Beginning his position as District 5 Director in 2002, Bill Emmert spent 18 years giving back to the community through his service to Noble REMC. Now he wants to give an opportunity for the next generation to lead, as well as pursue other community projects that need support.

A person who works hard without a need for any fanfare, Emmert retired from his director position at this year’s annual meeting without the recognition most would want. That doesn’t mean his service will soon be forgotten. His selfless devotion to the success of his community is a legacy he continues to cultivate.

Noble REMC thanks Emmert for his leadership during his nearly two decades of service to our members.

In one of the rare moments he isn’t out helping others, Emmert sat down to reflect on his time with the cooperative:

What prompted you to join the Board?

At the time I first was a candidate for the director spot, I had just sold a business in Columbia City and wanted to become more involved in our home community of Albion. The communication we had received from Noble REMC made it sound like a good operation.

What are some of your favorite memories?

The annual meetings were always a highlight, because it gave us the opportunity to visit with members from across the entire area of our service territory.

What did you learn?

The operation of a not-for-profit, and the financials attached to it, were at first a big change to understand. The meetings we attended and classes we had to become familiar with electric co-ops were always interesting and gave me a chance to meet people I knew from other areas, as well as make new acquaintances.

What will you miss most about your position?

I’ll miss the collaboration with other directors and REMC staff.

Why did you decide to retire from the board?

It seems to me that directors should step aside to allow others to have the same opportunity, and I have other commitments that are asking more of my time.

What are your plans for the future?

The time is already being spent with the efforts a community group are making toward starting the Albion Community Center, also known as the Augusta Hills Learning, Recreation and Community Center. This is a much bigger undertaking than we first expected, but we intend it to be a great community asset.

Anything else you want members to know about the cooperative and your time here?

Noble REMC is a very well operated co-op, which is respected throughout the state. The reason for this is the many dedicated employees and staff, both present and past. 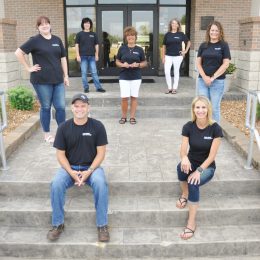 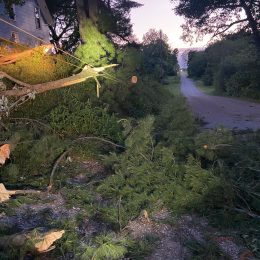 Lessons from the storm