By Indiana Connection
Posted on Sep 07 2021 in Noble REMC

“It was just eerie.”

He was stringing line early that morning after hearing the news of Flight 11 crashing into the North Tower of the World Trade Center in New York City over the radio as he drove to the jobsite. Outside, it was too calm.

“It was just kind of spooky not seeing all the planes in the air,” fellow journeyman lineman Doug Eggl said of the flights being grounded directly afterward.

For most employees, the first crash at 8:46 a.m. gave no indication of what was to come.

Right-of-Way Foreman Ray Burns, who was up in a bucket trimming trees, was told of the news by another employee who was on the ground listening to the radio. He assumed it was a mistake by the pilot.

A serviceman at the time, Dan Cochard sat in his truck for half an hour listening to the news, before tearing himself away to finish his work at a member’s Bear Lake location. He wanted to get back to the office to learn more.

Then the South Tower of the World Trade Center was struck by another plane not even 20 minutes later.

Now they knew it was more — it was an attack.

In the office, employees were glued to the televisions, which were broadcasting it all in real time.

“With the first plane, it felt like a freak accident,” now-office manager Sarah Dreibelbis said. “When it was two planes, it was a feeling of ‘Oh my gosh, what is going on?’”

Kevin Dreibelbis, communications and marketing manager, walked into another employee’s office and was told the news. He didn’t realize the gravity of the situation until the second plane hit the other tower.

“It wasn’t easy to focus on work at that point,” Kevin said. “Your mind was consumed with it.”

No one knew what it meant. Why did this happen? What would happen next?

But employees at the co-op continued with their duties the best they could, as they kept their ears open for more information.

In the office, Sarah and the others in the front office had a billing to complete. The linemen needed to continue stringing line. Others had their daily duties to carry out for our members.

While the world held its breath, waiting for what would happen next, employees continued working, though they would check in with the radio or television during breaks in work or on their lunch time.

“I mean, it was just strange,” said Sarah. “We’d never really experienced that before. Everything just came to a screeching halt.”

By the end of the day, both those working outside and inside congregated around the televisions in the office to see what happened while they were away and working.

Employees would learn about the attack on the Pentagon by Flight 77 and, in the days following, the bravery of the crew from Flight 93 who sacrificed themselves to stop another attack, crashing the plane into a field in Pennsylvania.

In time, the world would learn that the planes were hijacked by terrorists linked to the Islamic extremist group al Qaeda to attack targets in the U.S. They were allegedly acting in retaliation for America’s support of Israel, involvement in the Persian Gulf War and military presence in the Middle East.

Almost 3,000 people were killed that day.

“People were just in shock,” said CEO Ron Raypole, who had only been working at the co-op as an engineer for a few months. “It was war on our turf.”

It’s a day that brings up such vivid memories — “Where were you on 9/11?” — it’s odd to think there are working-age people who have no recollection and connection to such an infamous moment in history and time.

The youngest employee at Noble REMC was an infant when it took place. For those who worked at the co-op, it’s a stark realization of how much time has passed but how it also feels like no time at all.

In the weeks and months following 9/11, no one knew what may happen next. Would terrorists attack our electric grid or other utilities and necessities? How safe were we really?

Then-CEO Monte Egolf summed it up best in his comments to the board of directors a little over a week later, when the nation, and world, were still reeling:

“As I write this report this month, I, like every other American, can not get the tragic events in our country out of my mind. Everyday challenges that we deal with here at work and in our personal lives right now seem sort of insignificant in the scheme of the ‘big picture.’ Obviously, it’s too early to tell but my guess is we will feel some effects right here at Noble REMC, maybe through increases in liability insurance, power costs and perhaps in many other ways that we cannot now even imagine.”

Tragedy impacts us all, even your co-op

Electric cooperatives were created in service to our community, to ease the hardship of those in rural areas not being serviced by larger utilities.

With 85 years of experience, Noble REMC has seen the world change in unexpected ways and has reached out beyond our community to serve.

Not even 10 years into our existence in 1944, we attended a post-war planning meeting in Indianapolis with other statewide co-ops to discuss the impact of World War II.

About 60 years later, there would be fears the electric grid would go down due to the change from 1999 to 2000 on electronics. The co-op began preparing more than a year in advance of Y2K with inventory and testing measures to ensure service would continue uninterrupted into the new millennium.

A month after Sept. 11, the Enron scandal rocked the utility world and affected the trust of the nation in its energy providers. Noble REMC reassured our members through our continued service of affordable and reliable electricity.

And Mother Nature can never stay quiet for long. In 2004 and 2005, she brought two of the worst hurricanes to hit the country, with Ivan and Katrina, respectively. It was the first time in more than three decades that Noble REMC had sent linemen so far to help restore power. Working 16-hour days and sleeping on cots, they exhibited the best of our values: cooperation among cooperatives and concern for community. 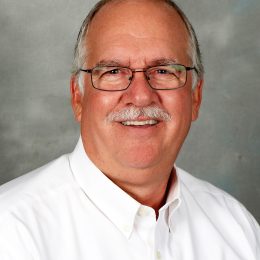 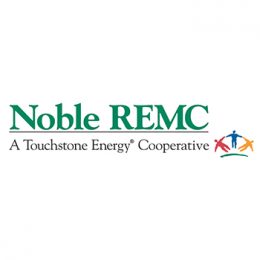 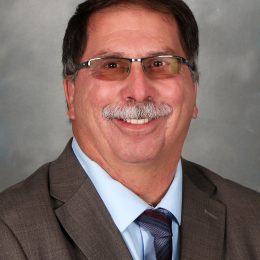